Sanders in a tie with Biden and Buttigieg in new poll 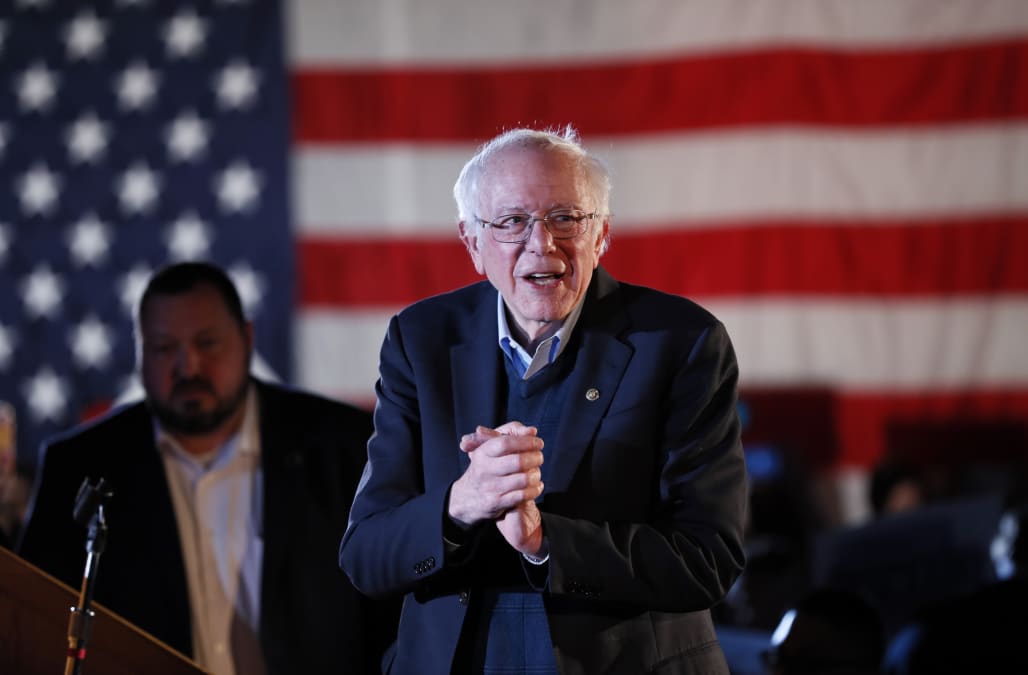 With the Iowa caucuses less than a month away, Bernie Sanders, Joe Biden and Pete Buttigieg find themselves in a three-way tie if the Democratic primary were held today, according to a new CBS poll.

At 23 percent, Sanders joins Biden, who has been leading the pack of 2020 Democratic contenders in national polls, and Buttigieg, who bumped Elizabeth Warren from the third spot.

According to the CBS News Battleground Tracker, however, Warren still maintained her position as a top choice in New Hampshire, despite a recent slump in statewide polls.

Eighteen percent of voters said they would choose Warren if the 2020 Democratic primary or caucus were held today, topping the 13 percent who said they’d pick Buttiegieg but lagging significantly behind those who support Sanders (27 percent) and Biden (25 percent).

Overall, the poll showed none of the top leading candidates has convinced a majority of Iowa and New Hampshire voters he or she is going to beat President Trump.

While these four candidates lead in Iowa and New Hampshire as first-choice candidates, a majority of voters (57 percent) could not confirm that they had made up their minds.

“In New Hampshire, 65% of Sanders’s backers call themselves ‘enthusiastic’ about supporting him ahead of all other candidates,” CBS reported, adding that Sanders might be “more reliant on first-time caucus-goers than the other leading candidates in Iowa, with 36% of his backers saying this would be their first caucus, versus Buttigieg’s 25% and Biden’s 24%.”

When it came to second-choice candidates, Warren and Biden tied in Iowa at 18 percent, whereas Warren held a three-point lead over Biden and Sanders (both tied at 17 percent) in New Hampshire.

Still, fewer voters today believe the Massachusetts senator best known for her ambitious policy proposals has a chance of winning against Trump than they did last fall.

Only 24 percent of voters think she can beat Trump, whereas more voters believe in Biden — 38 percent in Iowa and 36 percent in New Hampshire — followed by Sanders.

Beyond polling, both Sanders and Biden are the candidates to beat. Fundraising and endorsements are likely to keep the two frontrunners at the top until the caucuses.

Sen. Sanders’s campaign raised a record $34.5 million in the last quarter of 2019, one of the largest quarterly totals of any Democratic candidate this election cycle. The massive haul, which highlighted Sanders’s loyal small-dollar donor base, brought his campaign’s fundraising total to $96 million. In Iowa and New Hampshire, he is often described by voters as “principled” and “risky.”

Biden, who more than half of voters in Iowa and New Hampshire consider a safe choice, raised $22.7 million in the fourth quarter of 2019, the biggest haul of his campaign so far.

Despite falling short not only of Sanders, but also of Pete Buttigieg — he raised $24.7 million in the last quarter — the former vice president’s fundraising bump signaled increased support from his base weeks before the Iowa caucuses.

What Biden also has more than any other candidate is endorsements.

“He has 33 endorsements from members of Congress and governors,” CNN reported. “His closest competitor (Sen. Cory Booker of New Jersey) has only 13 endorsements. Sanders has a mere six.”

His stronghold among moderates could payoff as voters consider policies from his top rival, Sanders, as "too progressive" to win over swing voters this November.

Meanwhile, Buttigieg, who has surged in the two key early states, “is being widely considered by half of Iowa voters and four in 10 New Hampshire voters, but he does not do as well as Biden or Sanders in New Hampshire at converting those considering him into first-choice votes,” CBS reported.