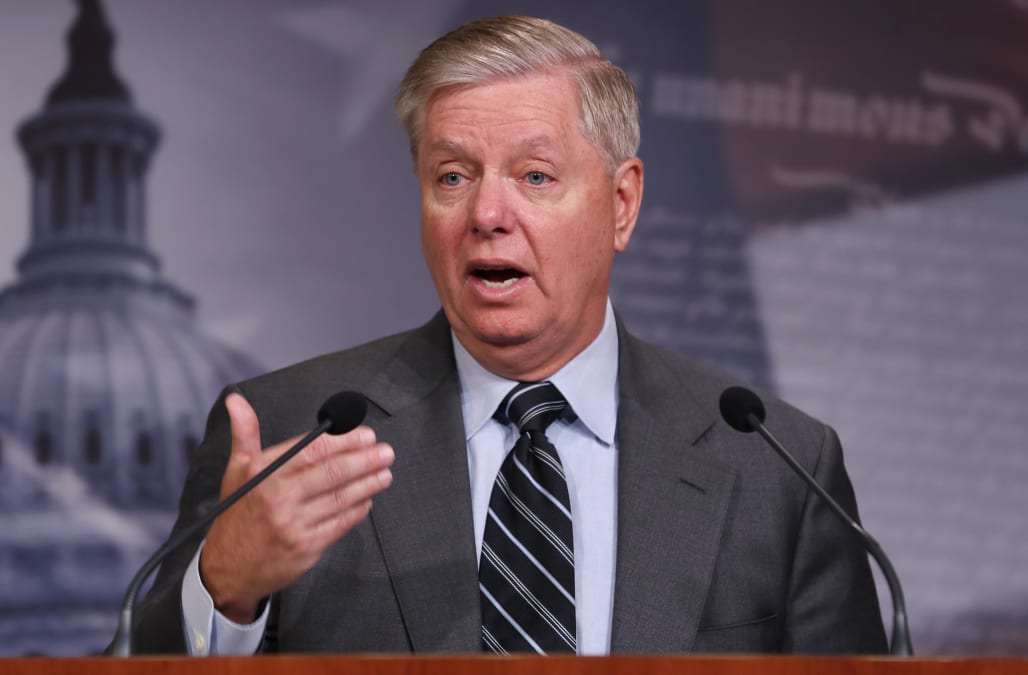 WASHINGTON -- The head of the U.S. Senate Judiciary Committee said on Sunday he wants the Senate to launch an impeachment trial of President Donald Trump within days, even if it means changing Senate rules so the chamber can move ahead without receiving articles of impeachment from the House of Representatives.

"My goal is to start this trial in the next coming days," Republican Senator Lindsey Graham told Fox News Channel's "Sunday Morning Futures."

"If we don't get the articles this week, then we need to take matters in our own hands and change the rules ... so we can start the trial."

The Democratic-controlled House of Representatives last month voted to impeach Trump for abuse of power in pressuring Ukraine to investigate a political rival and for obstructing Congress' investigation.

House Speaker Nancy Pelosi, however, has not yet sent the articles to the Senate, where the president will be tried, as Democrats have sought to pressure Republicans to call witnesses.

Senate Majority Leader Mitch McConnell, a Republican, has said the Senate cannot proceed with a trial under its rules until it receives the articles of impeachment from the House.

He has argued any decision on potential witnesses should come after senators have heard opening arguments and have had a chance to ask questions.

In saying he would work with McConnell to change the rules if necessary, Graham said any delay in holding a trial was denying Trump an opportunity to confront the accusations and was impeding Congress' ability to pursue other business.

"What she's doing is bad for the country," Graham said of Pelosi. "It's bad for the Senate. It keeps us from getting on with the business of the American people. It denies the president his day in court." (Reporting by Tim Ahmann; Editing by Doina Chiacu)