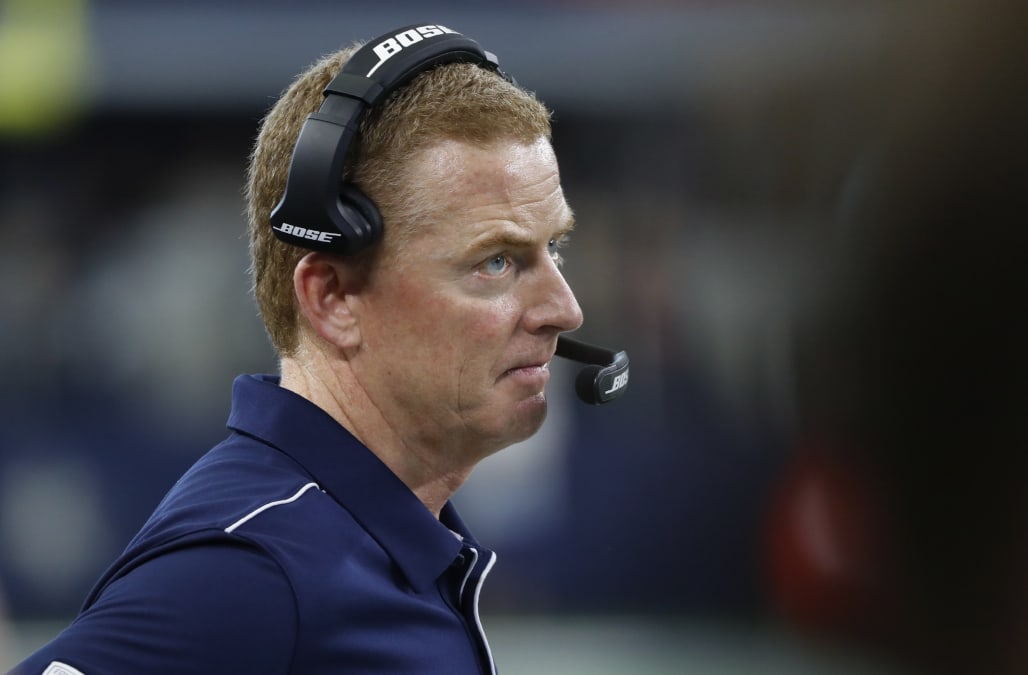 Finally, we can add the Dallas Cowboys to the list of teams looking for a new head coach.

It’s not much of a surprise that head coach Jason Garrett won’t be back. He was in the final year of his contract, and he oversaw one of the most disappointing Dallas seasons in recent memory. It was a surprise that it took a full week for the Cowboys to make it official.

Cowboys owner Jerry Jones finally fired Garrett after years of patience and one more odd week thrown on at the end. Fox’s Jay Glazer reported and ESPN’s Adam Schefter confirmed that Garrett was finally told by the Cowboys on Sunday evening he would not be returning as the team’s head coach, after a weird week of speculation. Garrett, the former Cowboys quarterback who was the team’s coach since the 2010 season, won only two playoff games and never made the NFC championship game.

Jones always thinks big, and Garrett couldn’t get the Cowboys back to the Super Bowl. He had plenty of chances.

Garrett’s job security has been a constant topic of conversation in Dallas, but Jones kept bringing Garrett back. Even after the season, when everyone assumed Garrett would be fired, there was no word from the Cowboys that he would not be the team’s coach anymore. The team reportedly interviewed Mike McCarthy and Marvin Lewis for the job, and Garrett still hadn’t been let go.

That was odd because by Thanksgiving it seemed clear Garrett was done as Cowboys coach.

On Thanksgiving, the Cowboys were flat and sloppy in a one-sided 26-15 loss to the Buffalo Bills. As the Cowboys were hopelessly behind on a huge stage, about to drop to 6-6, that’s the point everyone knew Garrett’s time was up. Then the Cowboys followed that up with another flop on national TV, a terrible loss to the Chicago Bears. The final straw came in Week 16, when the Cowboys had a chance to salvage an NFC East title and lost 17-9 to the Philadelphia Eagles. Sunday’s win over Washington wasn’t going to change much, especially when the Eagles beat the Giants to clinch the NFC East.

The Cowboys came into this season with high hopes and looked good early in the season, but the season faded fast. Dallas started 3-0, then lost three in a row and were 6-7 after that bad Bears loss. A win over the Rams in Week 15 gave some false hope. The Eagles loss was a trip back to reality.

The first clear sign that Jones had run out of patience came after a 13-9 loss to the New England Patriots in Week 12. Special-teams miscues plagued the Cowboys and Garrett’s decision to kick a short field goal on fourth down late in the fourth quarter instead of going for a touchdown was second-guessed.

"With the makeup of this team, I shouldn't be this frustrated," Jones said after that loss to the Patriots.

Four days later, the Cowboys were smashed at home by the Bills with a huge Thanksgiving audience watching. Jones said Garrett would keep his job for the rest of the season, but everyone figured that barring a miracle Super Bowl run, there would be someone new in 2020. It just took a few days into 2020 to get to that place.

Next Cowboys coach will feel pressure too

Garrett wasn’t bad in the regular season. In 2010, he went 5-3 after taking over in midseason for fired Wade Phillips, who had started the year 1-7. He had only one losing season in his nine full seasons as Cowboys coach. Even with how bad 2019 was for the Cowboys, they finished it 8-8. But he made the playoffs only three times and never made a deep run.

The Cowboys had a stacked roster with plenty of stars. Jones paid big money to keep defensive end DeMarcus Lawrence, then paid more to have running back Ezekiel Elliott end his holdout. Clearly Dallas was loading up for a big season. When that didn’t happen, Garrett couldn’t survive it.

The roster and Jones’ desire to spend money is why the job will be attractive. Assuming the Cowboys figure out a way to bring back quarterback Dak Prescott, there are a lot of key pieces always in place, and a new coach will know that Jones will always be aggressive in fielding the best roster possible. It’s also a good bet that Jones could at least make runs at some of the biggest names possible, like former Ohio State and Florida coach Urban Meyer and Oklahoma coach Lincoln Riley.

Cowboys head coach is one of the highest profile jobs in sports. The bar is high for the job because Jones doesn’t do anything halfway. Whoever gets the job next will be under pressure immediately. As Garrett can attest, that’s always part of the Cowboys job.