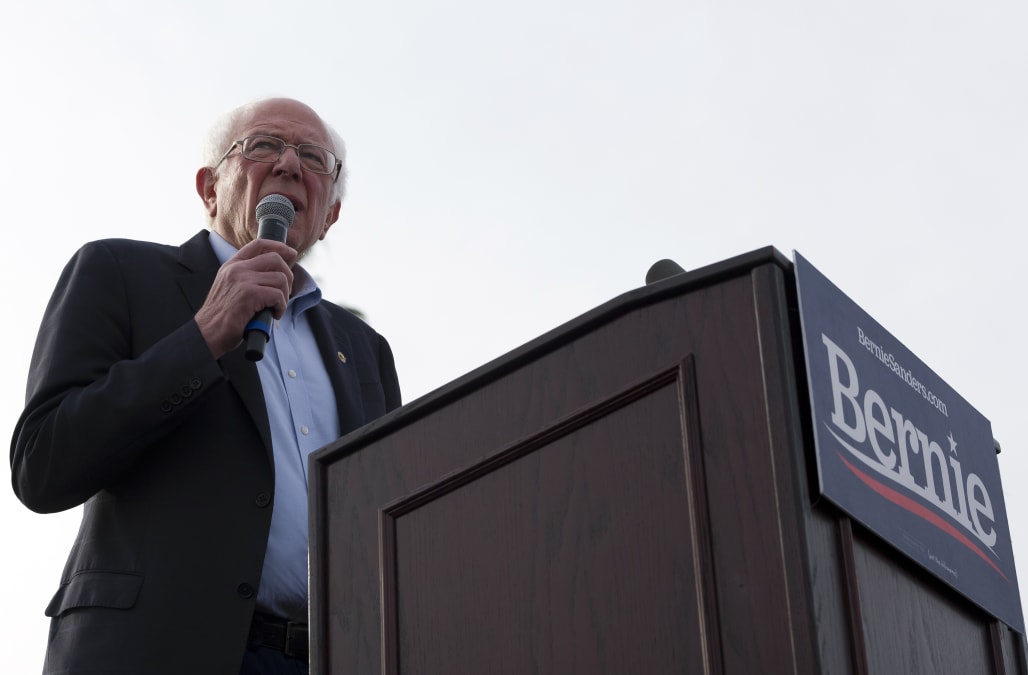 Democratic presidential candidate Sen. Bernie Sanders (I-Vt.) followed an angry attack on Donald Trump’s ordered airstrike assassination of Iran’s top military commander with the announcement of a new bill to block funding for a war against Iran — unless Congress approves.

Sanders announced the bill at a campaign stop Saturday in Des Moines, Iowa. The measure, which will be introduced with Rep. Ro Khanna (D-Calif.), would “prohibit” any federal funding of any offensive military action in or against Iran “without congressional authorization,” he said.

“If Congress wants to go to war, let Congress have the guts to vote for war,” Sanders challenged. Otherwise, lawmakers must block such action, he urged. “Do not let this president take unilateral action.”

“Our founding fathers gave the responsibility over war not to the president, but to Congress,” Sanders declared. “That is very clear in the Constitution. And in my view, Congress must, must act in the face of a president who has shown time and time again that he cannot be relied upon to tell us the truth, or to make well thought-out decisions.”

Sanders called the killing of Iranian Maj. Qassem Soleimani a “dangerous escalation,” and a step toward another “disastrous war” in the Mideast.

Sen. Elizabeth Warren (D-Mass.) also weighed in on the conflict Saturday, calling Trump “reckless,” and blaming him for fueling increased tensions that started with his abandonment of the Iranian nuclear deal last year.

Related: Celebrities who have donated to Bernie Sanders

Warren said before a town hall meeting in Manchester, Iowa, that she never would have given the order to assassinate Soleimani, as Trump did, because she would not have pulled out of the nuclear deal with Iran to begin with, as the president did.

“Much of this started back when Trump decided to pull out of the Iranian nuclear deal,” Warren said, referring to the start of renewed tensions between the two nations. Trump pulled out of the agreement “even though the Iranians had been certified as adhering to the terms of the deal, even though our allies all stayed in the deal, and wanted us to stay in the deal.”

Some news in Manchester, Iowa: Warren says she would not have given the order to assassinate Qasem Soleimani, because she would have adhered to the Iran deal. pic.twitter.com/b9UGyKcHSI

More from HuffPost US:
Trump’s old tweets about Obama striking Iran for re-election come back to haunt him
Mark Hamill has the question people should ask about Donald Trump's impeachment
Trump shrugs off Kim Jong Un's nuclear testing threat: 'He likes me'