Uber passenger stuns driver with generous gesture: 'I was literally blown away' 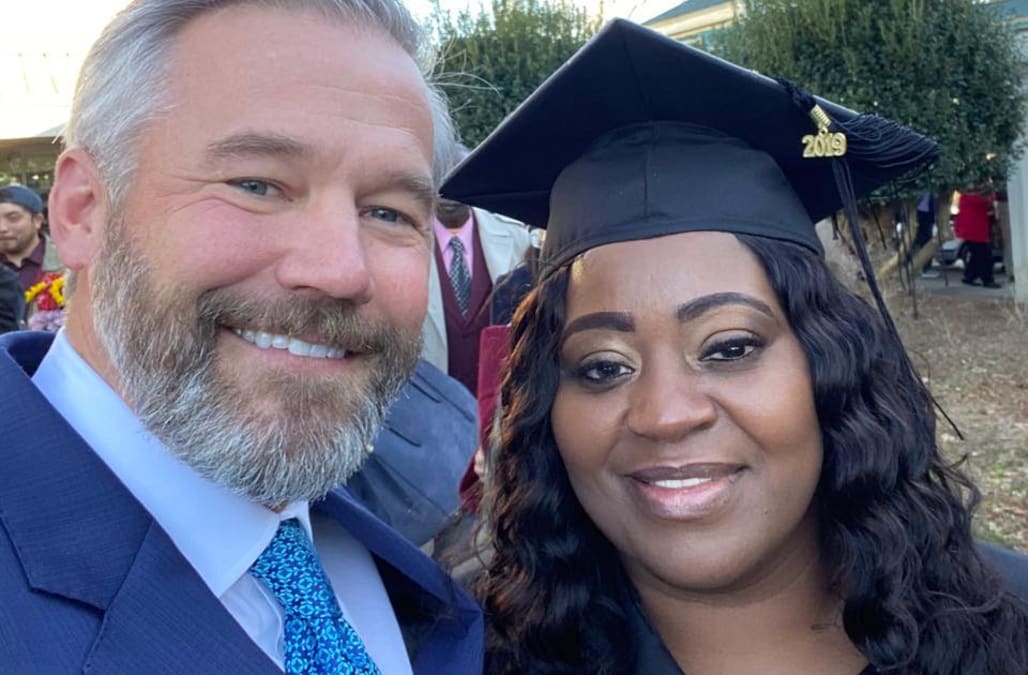 A Georgia Uber driver and hairstylist received the surprise of a lifetime after a chance conversation with one of her passengers led to him paying off her college debt and attending her eventual graduation.

Latonya Young, a 43-year-old single mother of three boys living in Atlanta, picked up 44-year-old Kevin Esch outside of Mercedes-Benz Stadium following an Atlanta United game in May 2018, leading to a 20-minute car ride that would prove to be life-changing, she recently told Good Morning America.

The pair struck up a conversation while en route to Esch's destination, with Young sharing a bit of her personal story, including how she ended up driving for the ride-share giant.

Young explained that she became pregnant with her first son when she was 16 years old and had to drop out of high school to care for him. Although she went on to earn her GED in 2007, she felt she had not fully accomplished her educational goals and ended up enrolling at Perimeter College at Georgia State University in 2010.

Shortly after, a $693 financial hold on her account that she could not pay forced her to drop out of classes.

"Every time I got ready to pay the money, my kids needed something," Young told WSB-TV. "I said, 'Okay, I'll just wait.'"

Upon hearing that Young was forced to put her education on hold, Esch tipped the driver $120 to help ease her financial burden.

A few days later, he went to the offices of Georgia State University in person and paid off Young's $693 debt, which allowed her to immediately re-enroll in classes.

"I was literally blown away," Young recalled. "A stranger has never done...anything like that for me."

She graduated in December 2019, with Esch in the crowd to cheer her on as she walked across the stage to receive her associate's degree in criminal justice.

Nancy Kropf, dean of Perimeter College, later sent a letter to Esch, thanking him for his kind gesture, which was felt by many more people than Young.

"Your generosity and kindness in assisting Perimeter College student Latonya Young has inspired so many," she wrote. "The encouragement you gave Latonya and the belief in her you demonstrated helped her renew her determination to continue her studies and graduate, despite personal adversity."

"Latonya's life will be changed forever by her encounter with you and the education you helped make possible," she continued. "You've truly made a difference."