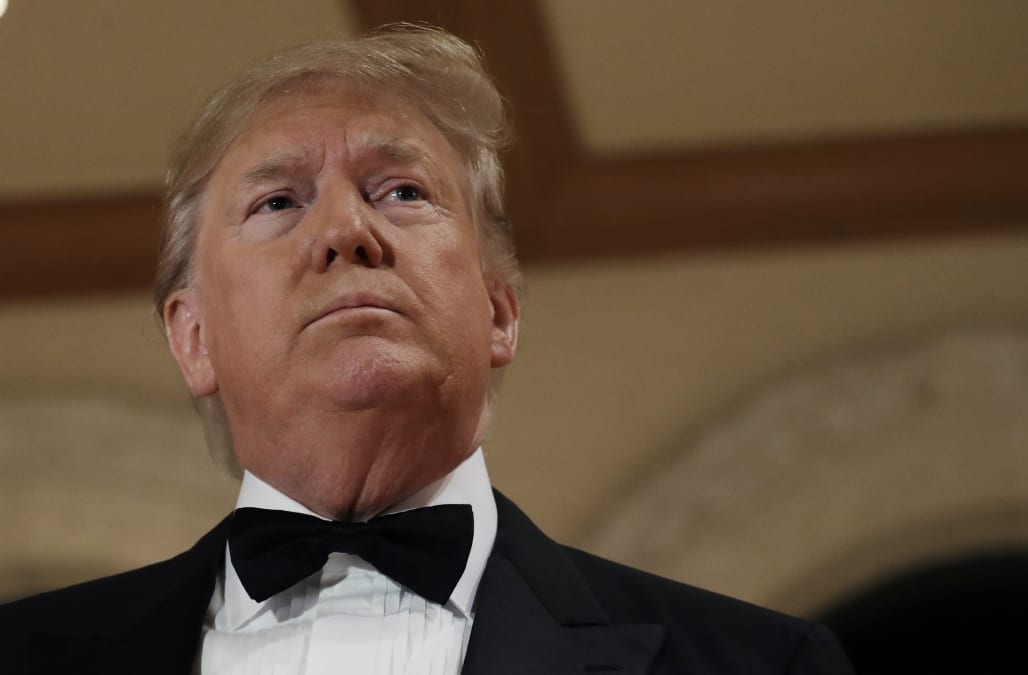 A number of President Donald Trump’s old tweets that claimed his predecessor Barack Obama would bomb Iran to boost his polling numbers are going viral again after a U.S. airstrike that killed Iran’s top general.

Trump only tweeted an image of an American flag following the killing of Maj. Gen. Qassem Soleimani near Baghdad International Airport on Friday morning.

The Trump administration-directed assassination of the senior Iranian commander was conducted without congressional authority and sparked fears among top-ranking Democrats that the U.S. could be about to enter another war.

People on Twitter quickly pointed out how Trump in 2011 and 2012 had repeatedly claimed Obama was about to enter a conflict with Iran in a bid to win re-election.

In order to get elected, @BarackObama will start a war with Iran.

Now that Obama’s poll numbers are in tailspin – watch for him to launch a strike in Libya or Iran. He is desperate.

Polls are starting to look really bad for Obama. Looks like he'll have to start a war or major conflict to win. Don't put it past him!

Don't let Obama play the Iran card in order to start a war in order to get elected--be careful Republicans!

Trump continued with the claim during Obama’s second term in office.

I predict that President Obama will at some point attack Iran in order to save face!

In other posts, however, he described the former president as a “friend” to Iran.

There’s always a tweet. Only this time Trump is likely to get a lot of people killed. https://t.co/oUxtYTGAqL

"There's Always a Tweet" feels flippant on a night like this. But given the president's mindset in this old tweet, it's hard not to wonder about his mindset in carrying out a drone strike to kill an Iranian general 48 hours into the 2020 election year. https://t.co/fFVtg4AhmP

And there's no question that Trump will use his attack on Gen. Soleimani in political events going forward to rally his supporters. https://t.co/BGxEM6btU2

And here we are, in an election year, and look at what you've done https://t.co/yL3tP910Ma

He always accuses others of what he is thinking and what he would do. He might have just done this exact thing by killing the top Iranian general. Except he won't get re-elected because no one in America wanted this insane war. https://t.co/QiEkcZWP8J

Nope, that would be you https://t.co/FNjlEOrs6E