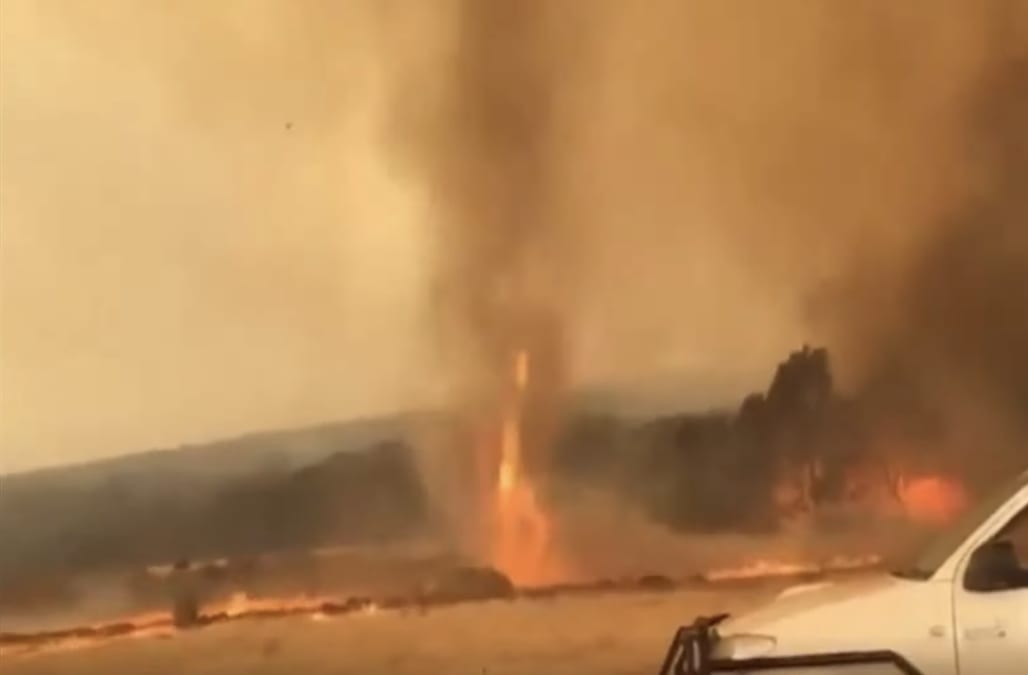 Fire-tornadoes, also known as "firenados," are ripping through parts of Australia as the country continues to experience one of its worst fire seasons on record.

In one terrifying video posted by 3W-News, a "firenado" is seen forming on South Australia's Kangaroo Island.

The video shows fire roaring through the trees and surrounding areas. At one point, the smoke begins to gather form a line that resembles a tornado filled with flames.

Fire-tornadoes are triggered by hot, dry air rising rapidly from the ground, according to Live Science. They pick up burning embers, ash, flaming-hot gases and flammable debris to form a tower of flame.

Brenton Davis, a resident of the area, posted a similar video of a firenado on Facebook, saying that there have been several in recent days "and it wasn’t even a hot day," he wrote in his post.

The "firenados," which are now responsible for one death, are making conditions even more dangerous and unpredictable. Earlier this week, Samuel McPaul, a volunteer firefighter, died when his truck was overturned in a fire tornado, the Guardian reported.

"He was trained and doing everything right on the day when something went wrong and it’s just incredibly unfortunate what happened," a New South Wales Rural Fire Service spokesman said.

Two other firefighters who were in the truck were injured and taken to the hospital. One of the men remains in critical condition, according to The Guardian.