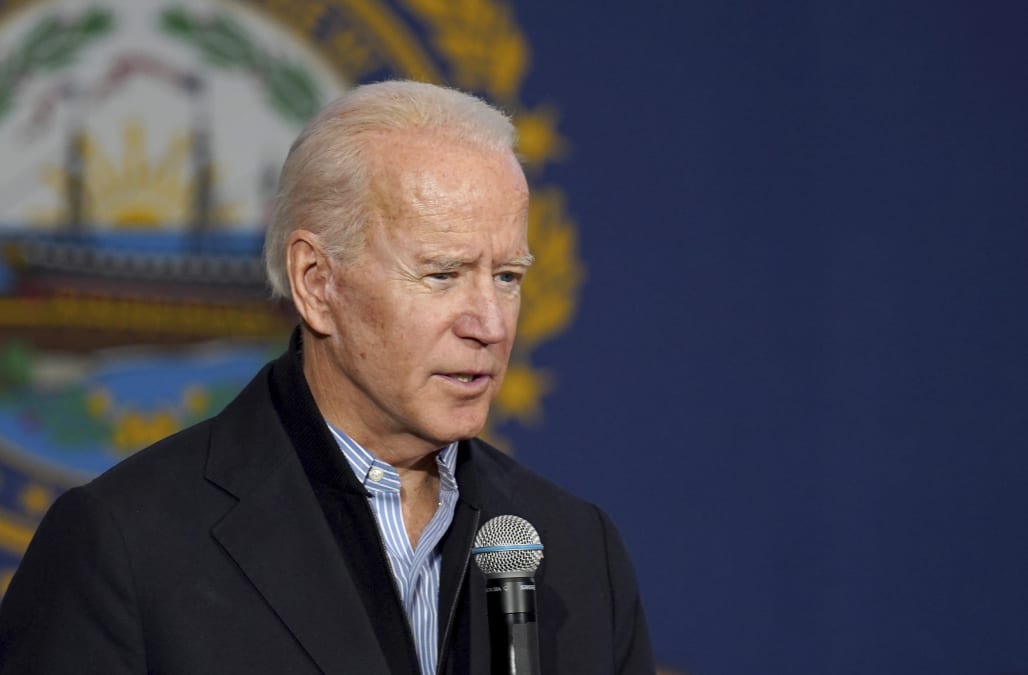 Members of Congress, 2020 candidates, and White House officials are reacting in strikingly different ways after the Department of Defense on Monday night claimed responsibility for an airstrike which killed Iran's top general Qassem Soleimani.

Iraqi state television first reported news of the airstrike, and the Pentagon later confirmed that the US military, acting on the orders of the president, carried out the strike.

"The US military has taken decisive defensive action to protect US personnel abroad by killing Qasem Soleimani, the head of the Iranian Revolutionary Guard Corps-Quds Force," the Pentagon said in a statement. "This strike was aimed at deterring future Iranian attack plans.  The United States will continue to take all necessary action to protect our people and our interests wherever they are around the world."

The statement also blamed Iran for attacks on coalition bases in Iraq in recent months and for orchestrating the attacks on the US Embassy in Baghdad.

US officials began weighing in on the move, and reactions among Democrats and Republicans were dramatically split down party lines.

Secretary of State Mike Pompeo tweeted that Iraqis were "dancing in the street for freedom."

Iraqis — Iraqis — dancing in the street for freedom; thankful that General Soleimani is no more. pic.twitter.com/huFcae3ap4

Soleimani was a mass murderer.
He killed many Americans and his own people.
This is not Benghazi.
Obama did nothing about it.@realDonaldTrump acted immediately to protect Americans.
Democrats are also Americans and should support our President.

Sen. Marco Rubio of Florida, a Republican, praised America's "defensive actions" and placed blame on Iran for the escalation.

They are entirely to blame for bringing about the dangerous moment now before us.

Sen. Tom Cotton of Arkansas, a Republican, said Soleimani got what he "richly deserved."

Qassem Soleimani masterminded Iran’s reign of terror for decades, including the deaths of hundreds of Americans. Tonight, he got what he richly deserved, and all those American soldiers who died by his hand also got what they deserved: justice. https://t.co/1wkjtvj2QA

"We commend our brave troops & intel officers who carried out this successful mission," he wrote on Twitter.

Qassem Soleimani was a depraved terrorist who had the blood of hundreds of American servicemen and women on his hands, and who was doubtlessly planning operations to further harm our citizens and allies.

Sen. Lindsey Graham of South Carolina, a Republican, thanked Trump "for standing up to America."

Thank you, Mr. President, for standing up for America.

But Democrats responded with shock and heeded warnings of retaliation by Iran.

"Trump's dangerous escalation brings us closer to another disastrous war in the Middle East that could cost countless lives and trillions more dollars," he said in a statement.

Former Vice President Joe Biden, the 2020 frontrunner, said that while Soleimani "deserved to be brought to justice for his crimes against American troops and thousands of innocents throughout the region," he called the airstrike a "hugely escalatory move."

"The administration's statement says that its goal is to deter future attacks by Iran, but this action almost certainly will have the opposite effect," he said. "President Trump just tossed a stick of dynamite into a tinderbox."

My statement on the killing of Qassem Soleimani. pic.twitter.com/4Q9tlLAYFB

Another 2020 candidate, Sen. Elizabeth Warren of Massachusetts called the airstrikes a "reckless move."

Soleimani was a murderer, responsible for the deaths of thousands, including hundreds of Americans. But this reckless move escalates the situation with Iran and increases the likelihood of more deaths and new Middle East conflict. Our priority must be to avoid another costly war.

Speaker Pelosi on Soleimani: “Tonight’s airstrike risks provoking further dangerous escalation of violence” + notes the strike tonight was taken without an AUMF or consultation of Congress and also wants a full briefing for Congress immediately pic.twitter.com/sbTGg4NPxA

Sen. Tom Udall of New Mexico, a Democrat, said Trump's actions are bringing us "to the brink of an illegal war with Iran."

President Trump is bringing our nation to the brink of an illegal war with Iran with no congressional approval.

Passing our bipartisan amendment to prevent unconstitutional war with Iran is urgent. Congress needs to step in immediately. https://t.co/tBFRwQMp51

And Sen. Chris Murphy of Connecticut, a Democrat, said the move may have grave consequences.

The justification for the assasination is to “deter future Iranian attacks”.

One reason we don’t generally assasinate foreign political officials is the belief that such action will get more, not less, Americans killed.

That should be our real, pressing and grave worry tonight.

More from Business Insider:
Trump and Obama are tied for 2019's most admired man in the U.S.
Trump says he got Melania a 'beautiful card' for Christmas but is 'still working' on a present
Trump could be impeached a 2nd time if the House obtains new evidence of obstruction from former White House counsel Don McGahn