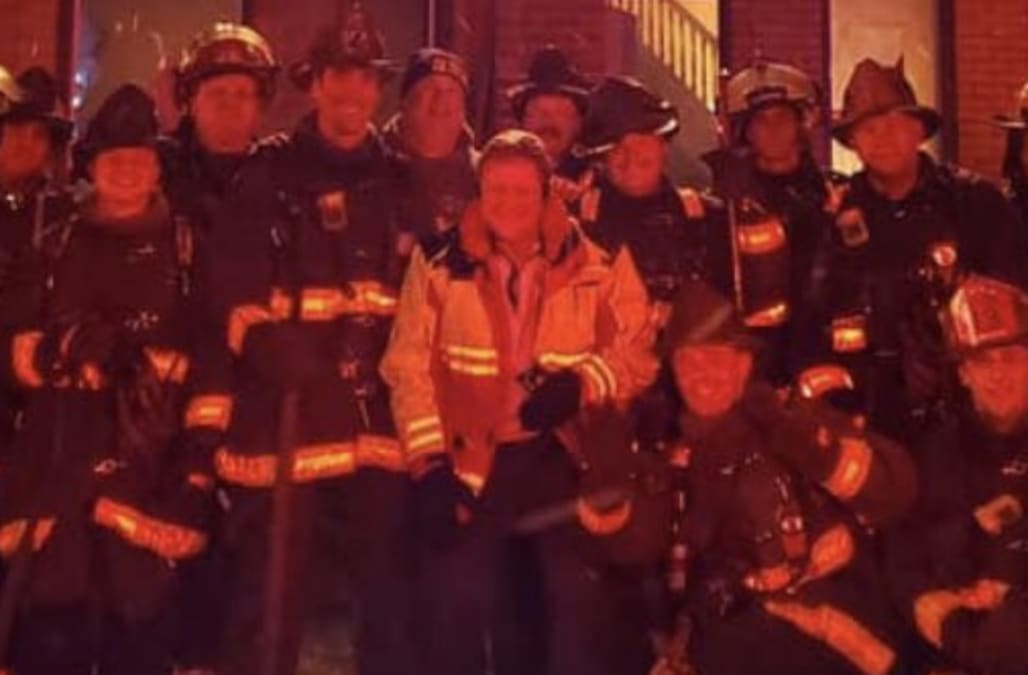 A group of firefighters in Detroit has stoked controversy for posing in front of a burning home to celebrate a fellow fireman's retirement, the Detroit Free Press reports.

On Wednesday, Detroit's fire commissioner Eric Jones announced that he would look into a photo that surfaced on the "Detroit Fire Incidents Page" on Facebook. The image, which was posted on New Year's Eve, shows 18 firefighters smiling in front of a home that was engulfed in flames. Along with the since-deleted picture was the caption "crews take a moment to get a selfie on New Years!"

According to the newspaper, the firefighters were celebrating the retirement of a fire battalion chief and had posed in front of the home, which was vacant. The photo had reportedly received over 300 mixed reactions and about 50 comments before it was taken down.

In a statement to WXYZ, Jones said that discipline would "be in order" if the picture was "verified."

"There are a lot of ways to celebrate a retirement," he said. "Taking a photo in front of a building fire is not one of them. We will investigate this matter and follow the facts where they lead us."

Victor Williams, a reporter at WDIV, later tweeted a photo of the house with nothing but its front steps intact.

"Kodak moment leads to controversy!" he wrote. "Detroit fire crew is now in hot water after taking this photo for a fireman’s retirement. The vacant home eventually burned to the ground."

Kodak moment leads to controversy! A Detroit fire crew is now in hot water after taking this photo for a fireman’s retirement. The vacant home eventually burned to the ground. I’ll have reaction from people nearby in about 30 mins on @Local4Newspic.twitter.com/C2ObyVy6s4