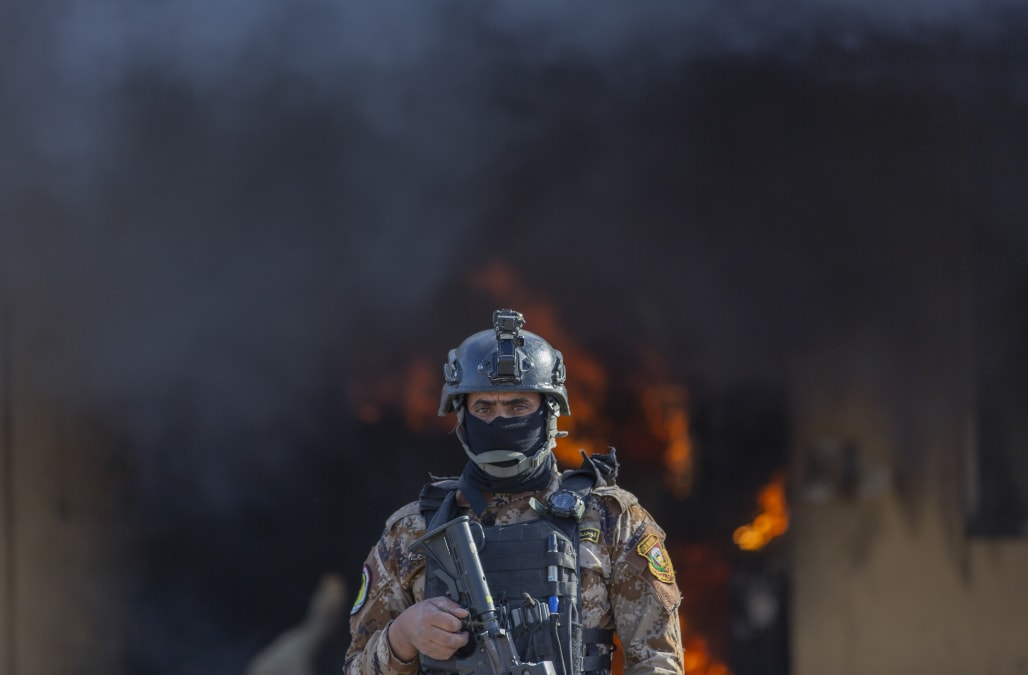 WASHINGTON -- U.S. Defense Secretary Mark Esper said on Thursday there were indications Iran or forces it backs may be planning additional attacks, warning that the "game has changed" and it was possible the United States might have to take preemptive action to protect American lives.

"There are some indications out there that they may be planning additional attacks, that is nothing new ... we've seen this for two or three months now," Esper told reporters.

Iranian-backed demonstrators who hurled rocks at the U.S. embassy in two days of protests withdrew on Wednesday after Washington dispatched extra troops.

U.S. President Donald Trump, who faces a re-election campaign in 2020, accused Iran of orchestrating the violence. He threatened on Tuesday to retaliate against Iran but said later he did not want war.

The unrest outside the U.S. embassy in Baghdad followed U.S. air raids on Sunday against bases of the Tehran-backed Kataib Hezbollah group. Washington said the air strikes, which killed 25 people, were in retaliation for missile attacks that killed a U.S. contractor in northern Iraq last week.

The protests marked a new turn in the shadow war between Washington and Tehran playing out across the Middle East.

"The game has changed and we are prepared to do what is necessary to defend our personnel and our interests and our partners in the region," Esper said.

During the same press briefing, Chairman of the Joint Chiefs of Staff Mark Milley said there had been a sustained campaign by Kataib Hezbollah against U.S. personnel since at least October and the missile attack in northern Iraq was designed to kill.

"Thirty-one rockets aren't designed as a warning shot, that is designed to inflict damage and kill," Milley said.

He said that it was highly unlikely anyone could overrun the U.S. embassy in Baghdad and if they did, they would run into a "buzzsaw."

The United States sent 750 troops to Kuwait earlier this week and U.S. officials have told Reuters that about 3,000 additional troops could be sent to the region in the coming days.

In his 2016 campaign, Trump promised to extract the United States from "endless wars."

In a statement, Esper said the demonstrations outside the U.S. embassy in Baghdad were carried out by Iranian-backed Shi'ite militia, saying leaders were seen in the crowd and some members showed up wearing their uniforms.

He said the series of rocket attacks on bases hosting U.S. forces in Iraq were being directed by the "Iranian regime" and specifically Iran’s Islamic Revolutionary Guard Corps leadership.

The Iraqi government has attempted to integrate paramilitary organizations into it's armed forces.

Esper said he had not seen the Iraqi government take sufficient action on stopping Iran-backed groups from carrying out attacks on U.S. forces and Baghdad needs to double down on efforts to bring the groups under their control. (Reporting by Idrees Ali Editing by Chizu Nomiyama and David Gregorio)