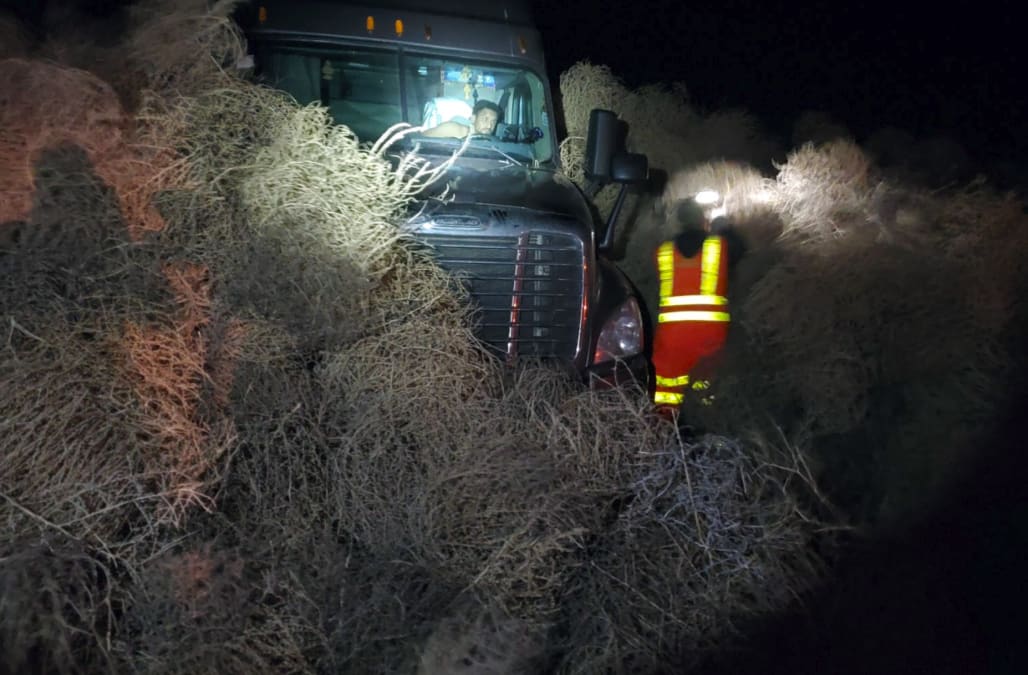 Invasion of the tumbleweeds.

A few people in Washington state spent part of their New Year's Eve trapped in their cars after winds blew a massive amount of tumbleweeds onto a highway.

The incident happened on Highway 240 in Yakima, about 150 miles southeast of Tacoma. The roadway in both directions was closed for more than 10 hours Tuesday in order for the tumbleweeds to be removed.

Photos released by the Washington State Patrol shows transportation workers clearing the roughly 30-foot pileup that trapped several cars and a semi-truck. The state Department of Transportation had to send two snowplows to help clear the road.

We’re still working on clearing the roadway with @WSDOT_East . We are unsure when the roadway will be opened. Tumbleweeds are piled 20-30 feet in places. S.C. pic.twitter.com/zFbA3luscg

Authorities said no injuries were reported, but the tumbleweed invasion did leave some trapped motorists annoyed.

"Some of them had to ring in their New Year fully encased in tumbleweeds," Trooper Chris Thorson told The Seattle Times, adding that those stuck in their cars "were not as amused as the rest of the people watching."

According to the outlet, five cars and an 18-wheel semi-truck were stuck on the highway. Winds Tuesday evening were between 30 to 50 mph, the Seattle Times reported.

"In the 20 years on the job, I've never seen anything like this before. We've officially dubbed it 'Tumbleggedon 2020'," Thorson added.