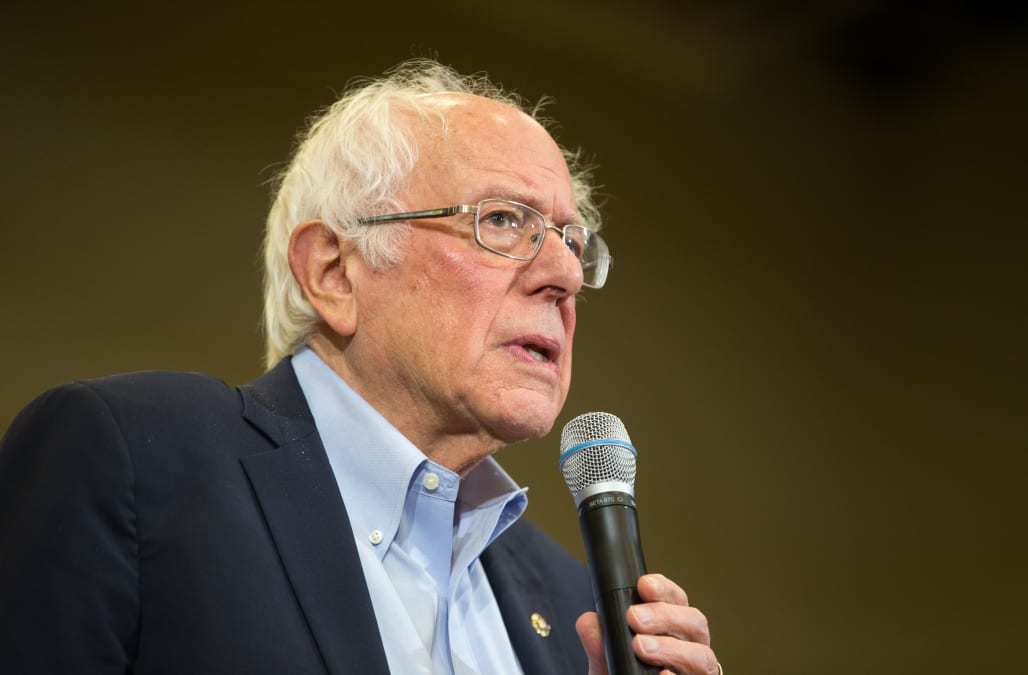 WASHINGTON (AP) — Bernie Sanders says he raised more than $34.5 million in the final three months of last year, showing that a recent heart attack hasn't slowed the Vermont senator's fundraising prowess with the start of the Democratic presidential primaries looming.

Sanders' campaign said Thursday that the haul came from more than 1.8 million donations, including from 40,000 new donors on the final day of the year alone. Sanders' total exceeds the $24.7 million that Pete Buttigieg, the former mayor of South Bend, Indiana, announced a day earlier that he'd raised during the fourth quarter of last year.

Strong totals from a nationally known candidate and one virtually unknown when he jumped into the race suggest that their party's primary could feature a protracted fight among well-funded rivals. The lead-off Iowa caucuses are Feb. 3, and Sanders and Buttigieg are considered among the front-runners in a crowded and unsettled field, along with former Vice President Joe Biden and Massachusetts Sen. Elizabeth Warren.

Like Sanders, Warren has relied heavily on small donations coming primarily online. Her campaign raised $24.6 million in the third quarter but said in a recent fundraising email that it had collected around only $17 million with a few days to go — hoping to persuade supporters to open their wallets and improve the final totals.

Sanders' 2020 bid has now raised more than $96 million built on 5 million-plus individual donations worth an average of about $18. Sanders' campaign says that more than 99% of his donors have not reached federal donation limits, meaning they can contribute again. That total does not include $12.7 million Sanders transferred from other campaign accounts as part of his presidential run.

“Bernie Sanders is closing the year with the most donations of any candidate in history at this point in a presidential campaign,” his campaign manager, Faiz Shakir, said in a statement.

Sanders' polling and fundraising have remained strong since he suffered a heart attack while campaigning in Las Vegas on Oct. 1. The 78-year-old this week released three letters from doctors saying that he had suffered “modest heart muscle damage" but has since recovered well and is fit enough for the rigors of the presidential campaign and the White House should he win.

Sanders' campaign said its best fundraising month came in December, when it took in more than $18 million from 900,000-plus donations. It said that the most common occupation listed by its donors was teacher and that the five most common employers were Amazon, Starbucks, Walmart, the U.S. Postal Service and Target.

In an email to supporters on Thursday, Sanders said there will be more where that came from.

“Against Trump, I believe we will have 50 million individual contributions, at least. And at $27 a piece, that would be more than $1 billion,” Sanders wrote. “It’s absolutely obscene and outrageous that an election would cost that much money, but our campaign has proven we will be able to raise more than enough money to win.”