Sam Wyche, who coached Bengals to their last Super Bowl appearance, dies at 74 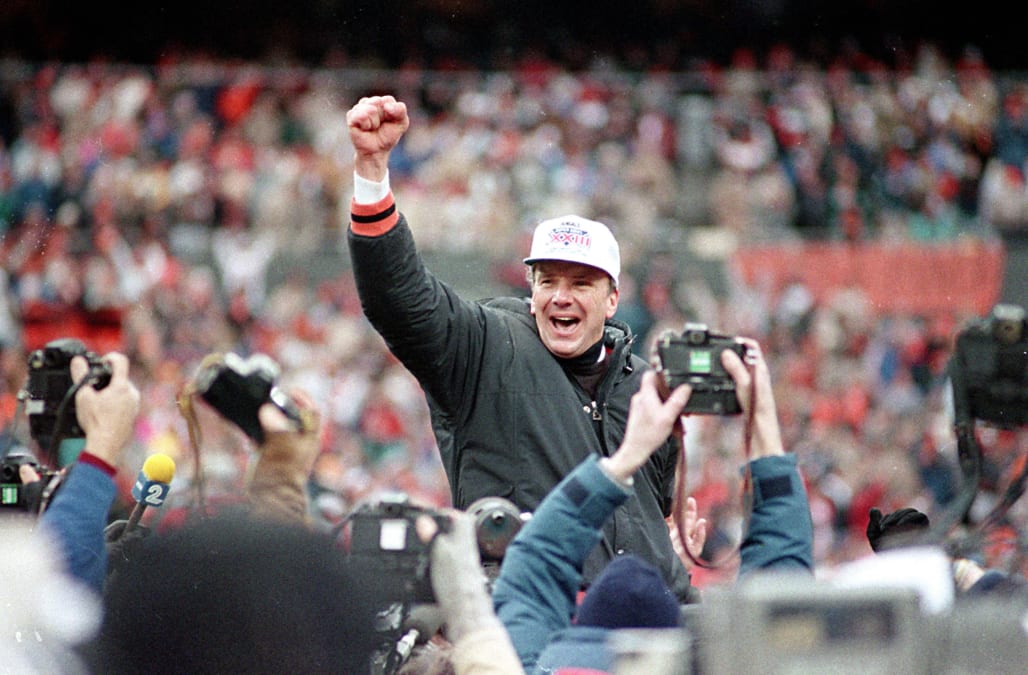 Sam Wyche, who got the Cincinnati Bengals closer to a Super Bowl championship than any coach before or since, died at age 74.

Statement from #Bengals President Mike Brown on the passing of Sam Wyche. pic.twitter.com/Y1fvmm7Aff

Wyche died after a battle with metastatic melanoma, according to multiple reports.

Wyche was coach of the Bengals from 1984-91, and with the Tampa Bay Buccaneers from 1991-95. His best moment as a head coach came during the 1988 season, when he led the Bengals to an AFC championship. The Bengals held the lead against Bill Walsh and the San Francisco 49ers in Super Bowl XXIII until Joe Montana hit John Taylor for a game-winning touchdown with 34 seconds left.

Sam Wyche had a famous quote

While Wyche had a Super Bowl appearance and is still celebrated for his offensive ideas, one moment might live on longer than any other.

When Bengals fans threw snowballs on the field due to displeasure with the officials, Wyche grabbed a microphone and said a phrase that will be celebrated forever in Cincinnati.

"Will the next person that sees anybody throw anything onto this field, point them out and get ‘em out of here,” Wyche told the crowd. “You don't live in Cleveland, you live in Cincinnati!"

A legend was born, even if Wyche seemed to regret it.

“That quote haunts me to this day,” Wyche said in 2016 to the Canton Repository. “Every time I’m introduced, it’s usually with that.”

Wyche was an offensive innovator

Wyche had an outgoing personality that you don’t see in many NFL coaches anymore. He was also less than a minute in Super Bowl XXIII from becoming a Super Bowl champion. His offense, led by 1988 NFL MVP quarterback Boomer Esiason, set the NFL on fire. The Bengals led the league in yards and points scored on their way to a Super Bowl.

Wyche wasn’t able to recreate that success, though his Bengals offenses were consistently in the league’s top 10. His career coaching record was 84-107, which doesn’t fairly represent the impact he had on NFL offenses, particularly the use of no-huddle as a team’s foundation.

Wyche, who also had a seven-year playing career as a quarterback with the Bengals, Lions and Cardinals, faded from the NFL spotlight after his time with the Buccaneers. Later in life, he spent time as a volunteer coach at the high school in Pickens, S.C.

More from Yahoo Sports:
Zach Ertz has not been cleared for contact as Eagles prep for playoff game against Seahawks
Report: No evidence linking Belichick to taping incident
Browns 'mutually part ways' with GM John Dorsey