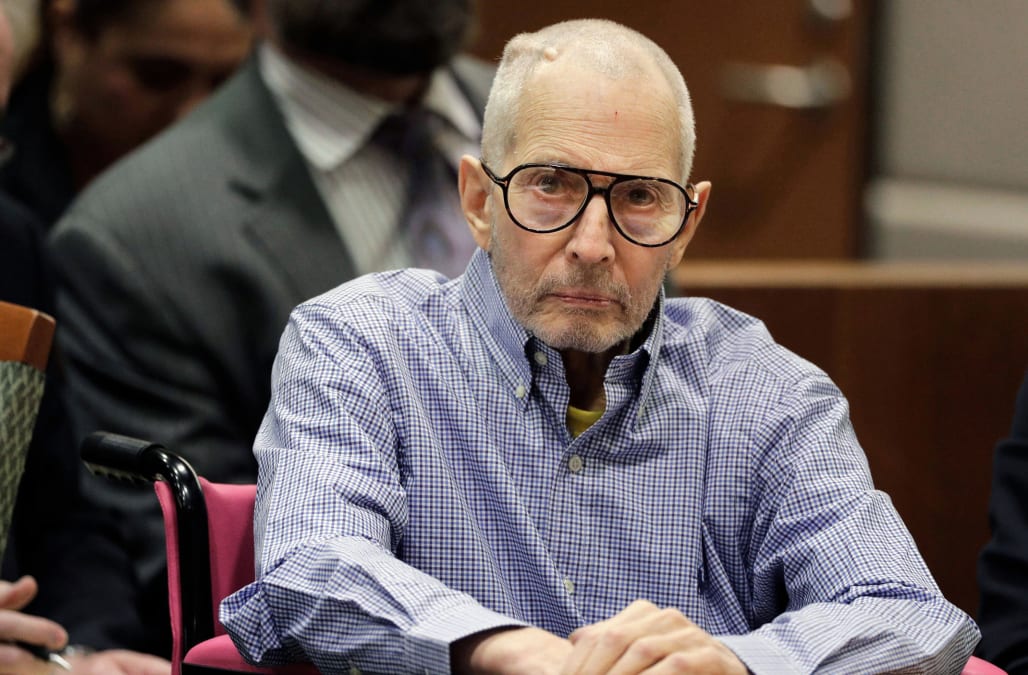 In a court document filed Christmas Eve and reviewed by TheWrap, lawyers for Robert Durst acknowledged he authored a 2000 note that led Beverly Hills police to the body of Susan Berman. The real estate heir has long denied writing the tip-off note and has also denied killing Berman, a longtime friend that served as his spokesperson after the 1982 disappearance of his first wife, Kathleen McCormack.

While being interviewed in 2015 for HBO’s “The Jinx,” Durst said the note was something “only the killer could have written.” The note, written on a single sheet of spiral notebook paper, simply said “cadaver” and included an address. The documentary had portrayed Berman as knowing too much information about McCormack’s disappearance.

In response to the latest development, Durst’s lawyer Dick DeGuerin told TheWrap, “The stipulations speak for themselves. This doesn’t change the facts that Bob Durst did not kill Susan Berman and doesn’t know who did.”

“Durst was held to answer for murder with the special circumstances of witness killing and lying in wait by Los Angeles County Superior Court Judge Mark Windham,” the D.A.’s office said in a statement in 2018, adding that Durst also faces gun use allegations.

Robert Durst letter
A side-by-side comparison on the anonymous note sent to police following Susan Berman's death (top) and a note Robert Durst sent to Berman raised eyebrows for 'Jinx' directors.
Durst's close friend, Susan Berman, was found shot to death execution-style at her house in Los Angeles shortly before she was to be questioned about what, if anything, she knew about Kathy's disappearance.
Police have long suspected that Durst was the author of an anonymous note sent to the Beverly Hills Police Department alerting them to a body at Susan Berman's home, but they've never been able to prove that Durst was the author of that note possibly until now.
In the documentary, Susan Berman's stepson showed a producer a 1999 letter from Durst to Berman that he said he just discovered. The block lettering appeared to be very similar to the lettering on the note sent to police. And, Beverly Hills was misspelled on both notes.
Up Next

Durst is charged with murdering Berman on or about Dec. 23, 2000. Her body was discovered in her Benedict Canyon home on Christmas Eve. He was arrested in March 2015 by FBI agents in New Orleans.

Durst’s arrest came one day before the finale of HBO’s “The Jinx,” which chronicled Durst’s life and the death of three people close to him — McCormack, Berman and a neighbor in Galveston, Texas. He was not charged with the disappearance of McCormack and acquitted in the death of the neighbor.