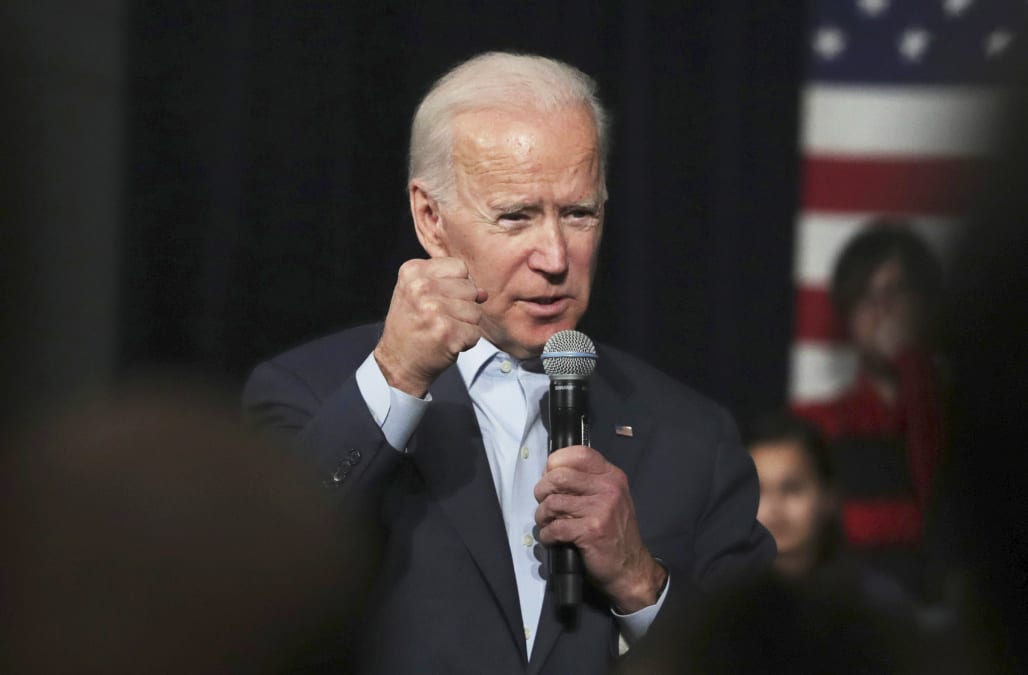 WASHINGTON, Jan 2 (Reuters) - A popular Democratic congresswoman from Iowa endorsed former Vice President Joe Biden's presidential bid on Thursday, a move that could help him gain backing in the state weeks before voters there hold the first nominating contest.

U.S. Representative Abby Finkenauer became the first Democrat among the state's House delegation to endorse a candidate. She was one of the first women elected to Congress from Iowa when she won a seat in the state during the 2018 midterm elections.

Her endorsement of Biden was not unexpected.

Finkenauer worked on Biden’s presidential campaign in 2008 and has invoked the former vice president when describing her political philosophy. Biden traveled to Cedar Rapids, Iowa, in 2018 to campaign for Finkenauer, who defeated incumbent Republican Rod Blum by 5 points as part of a blue wave in which Democrats flipped two of the state’s four House seats.

Iowa holds caucuses in about a month, the first test before voters for the remaining field of 14 Democratic presidential hopefuls vying to become their party's nominee to challenge Republican President Donald Trump in November 2020.

Trump carried her district by 3 points in 2016, making her vulnerable and a top Republican target in 2020.

“It’s personal but it's also important for her to remind voters in her district that she is a moderate Democrat,” said a Democratic operative familiar with the congresswoman’s thinking.

The operative also noted that Finkenauer has family ties to firefighters, whose national union has already endorsed Biden. Her grandfather was once the head of the state’s fire union.

"Joe Biden's character, record, and commitment to rebuilding the backbone of the country — the middle class — is what Iowa and this country needs," Finkenauer said in a statement announcing the endorsement.

The state's two other Democratic House members have signaled they may not give a primary endorsement.

Endorsements in the past have proven to carry considerable weight in Iowa, although in recent national elections they have frequently proven to be less consequential. But for any candidate, finishing in the top three in Iowa is likely to provide a needed boost as attention then turns to the early states of New Hampshire, Nevada and South Carolina.