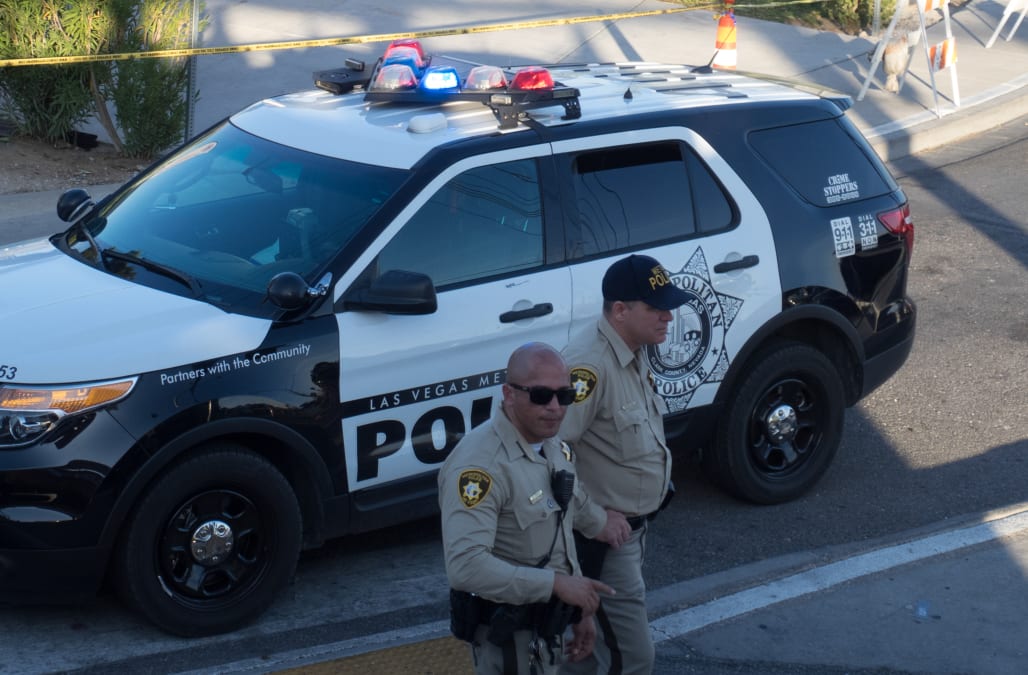 Jan 2 (Reuters) - Las Vegas police said on Thursday they have arrested a man suspected of kidnapping and assaulting a woman on New Year's Day in a violent scene recorded on a home surveillance video.

The video circulated by police shows the woman sobbing as she runs from a car toward the home's front door. She bangs on the door as the attacker comes running up behind her. The attacker grabs the woman, throws her to the ground and kicks her in the stomach as she cries.

"Why would you do that?" the man says as he drags the woman back toward the car.

The attack took place shortly before 1 a.m. on Wednesday in a neighborhood south of McCarran International Airport, according to the police.

The woman, who has not been identified, has been found safe, ABC News reported.

It was not clear whether Rodgers had a lawyer. (Reporting by Jonathan Allen in New York Editing by Leslie Adler)

More from Aol.com:
Doorbell camera captures woman being beaten, possibly abducted
A man died after chasing down thief who stole his laptop at Starbucks: 'It was literally like a movie'
Robert Durst admits to writing tip-off note in 2000 murder of former friend