NBA stars of past and present pay tribute to David Stern: 'A true visionary' 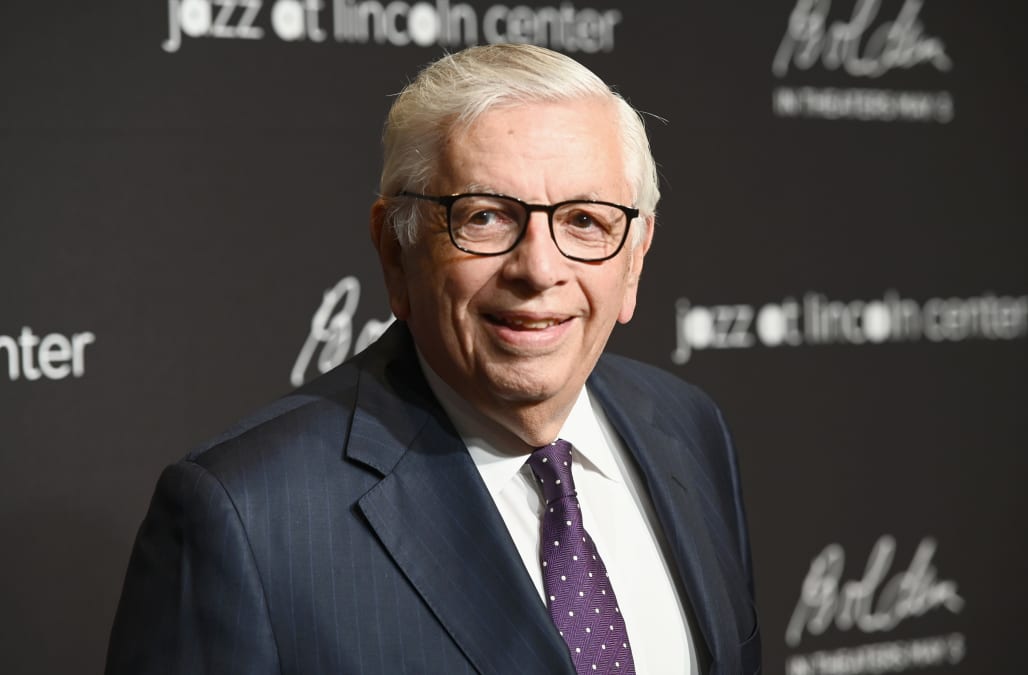 Stern suffered a brain hemorrhage Dec. 12, and had been hospitalized ever since. In a statement, current NBA commissioner Adam Silver called Stern “a mentor and one of my dearest friends.”

Silver also paid tribute to Stern, praising Stern for his various accomplishments as the NBA’s commissioner.

“David took over the NBA in 1984 with the league at a crossroads.  But over the course of 30 years as Commissioner, he ushered in the modern global NBA.  He launched groundbreaking media and marketing partnerships, digital assets and social responsibility programs that have brought the game to billions of people around the world.  Because of David, the NBA is a truly global brand – making him not only one of the greatest sports commissioners of all time but also one of the most influential business leaders of his generation.

“Every member of the NBA family is the beneficiary of David’s vision, generosity and inspiration.  Our deepest condolences go out to David’s wife, Dianne, their sons, Andrew and Eric, and their extended family, and we share our grief with everyone whose life was touched by him.”

A number of other NBA personalities — including star players from past and present — also sent out touching messages honoring Stern’s legacy.

I can not put into words what the friendship of David Stern has meant to me but many others. He changed so many lives. David was a great innovator and made the game we love what it is today. This is a horrible loss. Our hearts are with Dianne & their family. RIP my friend. @NBApic.twitter.com/mbnneqm18s

RIP Mr David Stern
The best commissioner to ever do it. pic.twitter.com/SgO0hMX3Ia

We lost an icon of our sport today with the passing of Commissioner Emeritus David Stern. David was a visionary and innovator in every sense of the language, and the success of our league today is a reflection of his leadership.

We extend our thoughts & prayers to his family. pic.twitter.com/qk7NvRvdmH

The two most important people in the history of the game of basketball are Dr James Naismith and DAVID STERN. One man created the game and the other made it what it is today. RIP David, so many owe you so much!

Very sad day for basketball. We saw David Stern a lot in the 90s and I found him to be kind, thoughtful and almost always the smartest person in the room. He was an innovator who helped grow our sport into a global game and his impact will never be forgotten. RIP, Commissioner. pic.twitter.com/FzlJwnJmrK

Sad day for the NBA and sport. Thanks to David Stern for his contributions to the game of basketball. A true visionary. He leaves an amazing legacy and I am proud to have known him.

So sad! RIP! The NBA wouldn’t be what it is today if it wasn’t for that man! 🙏🏽 #DavidSternhttps://t.co/cWn91fiSeY

Today the #NBAFamily lost a legend, a leader that changed our game for the better. A father, a husband, a friend.

The game lost a leader today. Extending my prayers to David’s family and loved ones in this time of grief 🙏🏾 pic.twitter.com/TgNKlyAKZi

Prayers up for David Stern and his family!

RIP Commissioner Stern 🙏🏿 Thank you for everything you did for the game. Shaking your hand in 2003 will always be one of my most cherished memories. Sending my love and prayers to the Stern family during this time ❤️ pic.twitter.com/8cjos50OHP

Thank you David Stern, the greatest commissioner of any professional sports ever. Thank you for what you’ve done for the game globally. May you Rest In Peace

More from Yahoo Sports:
Inside Anthony Davis' desire to become a Laker
Fans who yelled obscenities toward Isaiah Thomas banned
Dwyane Wade describes watching son become 'who she now is'