Mother rushes 7-year-old to hospital after he swallows AirPod: 'I immediately U-turned my truck' 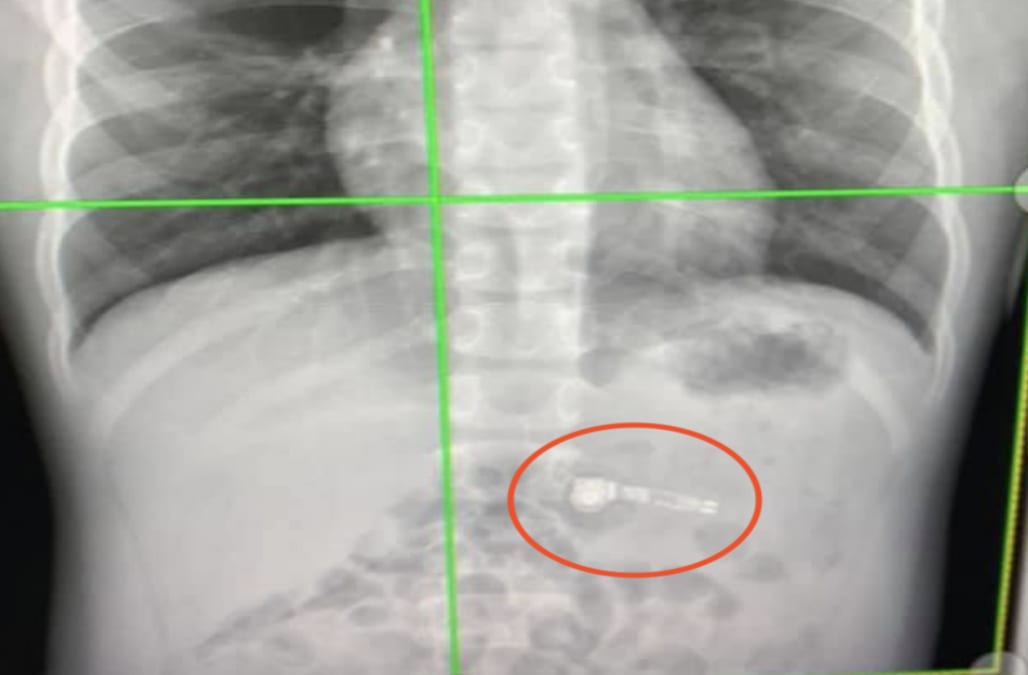 Kiara Stroud was at work delivering mail when she got a call from her mother saying that she was on her way to the hospital with Stroud's 7-year-old son after he swallowed an AirPod.

The boy told his mother that he was holding the AirPod in his mouth while his grandmother was driving and he accidentally inhaled it.

X-rays from the doctors at Children's Healthcare of Atlanta at Egelston revealed the single wireless headset device in the boy's stomach, still fully intact. Doctors told Stroud that the AirPod should pass through the boy's body on its own within a couple of days.

“We actually saw it because it has metal in it, so we could see it in the X-ray and I’m like, ‘This boy really swallowed his AirPod!’” Stroud said.

I can’t make this up. My child, my child. Thanks for all of the prayers. We’re home. No more airpods for this kid 🤦🏾‍♀️

Stroud said her son was "very nervous" about the incident and is scared of getting too close to his phone — fearing that the devices could connect and music could start playing inside him. Otherwise, Stroud is relieved that her son is okay.

A Taiwanese man accidentally swallowed an AirPod while sleeping in May 2019. Ben Hsu woke up and only saw one wireless earbud and after activating the iPhone tracking feature, heard the missing AirPod's beep from inside his stomach. Instead of surgery, doctors gave Hsu a laxative and told him to check his waste for signs of the AirPod — which he did the following day. After cleaning it, he was amazed to find out that it still worked.