GOP lawmaker warns against drunk driving, then gets arrested for alleged DWI 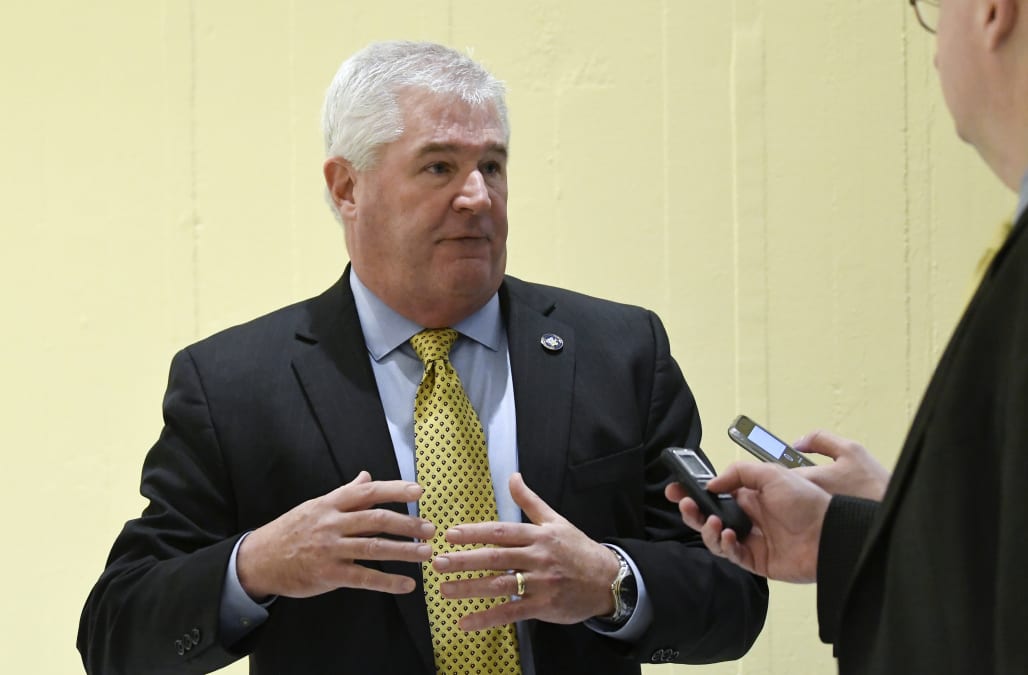 The top Republican lawmaker in the New York State Assembly was arrested for alleged drunk driving just days after warning others not to do it.

“There is no excuse for driving impaired this holiday season,” Assembly Minority Leader Brian Kolb wrote in a since-deleted Dec. 26 tweet, which linked to a column he wrote about the issue in a local newspaper.

On Dec. 30, Kolb attacked Democrats on Twitter for being soft on crime.  But the next night, he allegedly drove off a road and into a ditch near his home and was arrested after flunking a breathalyzer test, the Daily Messenger newspaper reported. He was charged with DWI and making an unsafe turn.

“There is no excuse and no justification for what occurred Tuesday evening. I made the wrong decision, and it is one I deeply regret,” he said in a statement cited by The New York Times.

One of his fellow Republican lawmakers called on Kolb to step down from his leadership position:

.@GOPLdrBrianKolb should step down as Assembly Minority Leader .That he hasn’t done so already is a disgrace. https://t.co/uXMZhxEqtC

“The fact that he got in a car and drove drunk is inexcusable,” Richard Mallow, executive director for the state chapter of Mothers Against Drunk Driving, told WHEC, the NBC station in Rochester.

“Mr. Kolb made the choice to operate a motor vehicle on the highway in an intoxicated manner and now he’s being held accountable,” Ontario County Sheriff Kevin Henderson told the Rochester Democrat and Chronicle.  Henderson also said that Kolb’s vehicle was registered to New York State.

In his Daily Messenger column before Christmas, Kolb noted that the state had made 4,142 arrests for impaired driving and issued 144,197 tickets and violations for the offense in 2018.

“This year, let’s try to get both of those numbers to zero,” he wrote.

More from HuffPost US:
The Healthiest Salads To Order From Your Favorite Salad Chains
Seeking A Treatment For Meth Addiction In Seattle
Trump Winery Fired Undocumented Workers — But Only After Grape Harvest Had Ended