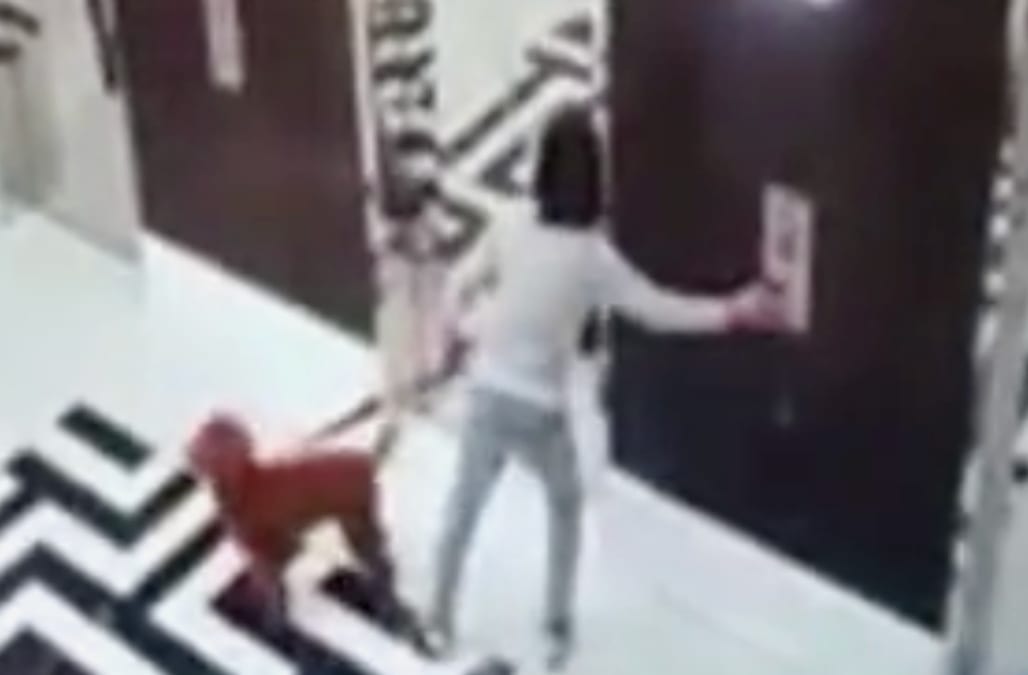 A Florida doctor may have given a new lease on life for a dog that he saved after its leash got caught in a moving elevator.

The incident happened on Sunday as Dr. Mohammad Awad was coming home and saw a woman and the dog in the lobby in front of the building’s elevator.

Video shows the dog’s leash was caught in the doors as the elevator moved, causing the animal to be lifted off the ground.

"I dropped all my food on the ground, I tried to break the leash open as hard as I can - I tried, I tried, I tried," Awad told NBC affiliate WFLA of Tampa. "You can see in the video: The first time, I couldn't do it, it was just too hard."

But a further attempt freed the dog and sent Awad tumbling to the floor. As the animal was trapped, he said it appeared "gasping for air."

Awad said that he got off his last shift and had stopped by his parents' house to get some dinner and was coming home when he saw the woman and the dog walk off the elevator, and that he saw the doors close and the leash seemed tight.

The dog was shaking and the owner was distraught

"In one or two seconds, I already knew what was going to happen," Awad said. "Right when that happened, the dog launched into the air, literally."

After the rescue, he said the dog was shaking and the owner was distraught and was very thankful for the safe outcome.

"I'm only a human physician, but I went to go assess the dog and examined it, and the dog seemed OK," Awad, a doctor of internal medicine, told WFLA. "But it was just a crazy situation."

The rescue at the Olympus Harbor Island Apartment occurred just weeks after a similar scary scene unfolded in Houston, Texas, when a man saved a Pomeranian which also had its leash caught in elevator doors.