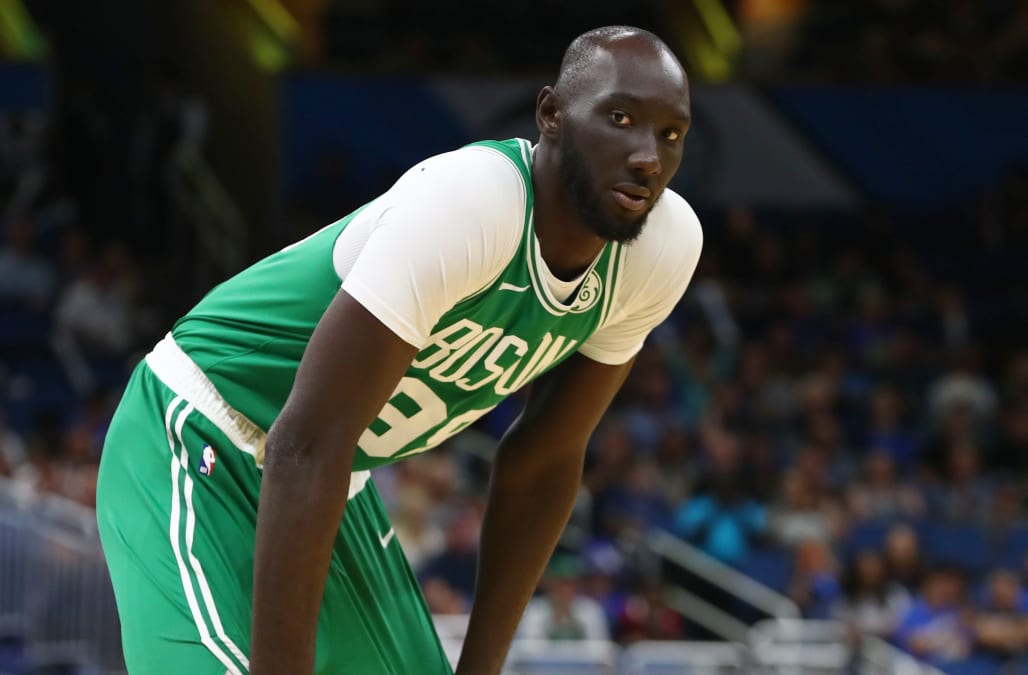 The NBA revealed the first returns of voting for the 2020 All-Star Game on Thursday, and many fans on Twitter are up in arms over some players on the list.

Fan votes account for 50 percent of the vote to determine which 10 players will make it to the All-Star Game, which is being held at the United Center in Chicago on Sunday, Feb. 16. Shortly after the list was published, two players who were included immediately started trending on social media: Alex Caruso and Tacko Fall.

Fall, in particular, has become a cultural phenomenon among fans of his Boston Celtics and beyond. The 7-foot-5 Senegal native has only appeared in three games so far this season, totaling just 11 minutes — but according to voters, that's enough to get him to Chicago. Over 110,000 fans have voted for Fall to make the Eastern Conference All-Star Roster, which puts him sixth on the list of frontcourt players in the East.

The first returns from #VoteNBAAllStar 2020!

While some were quick to praise Fall as a "legend" or laugh at the situation, many others didn't find the situation comical and called for an end to the fan vote.

i know that i talk about getting snell in the all star game, but i never actually expect it to happen.

there is absolutely no reason why tacko fall and alex caruso should be voted in. taking spots from people who deserve them. pic.twitter.com/ctO8PIS9BY

Tacko Fall having more all star votes than Bam Adebayo and Alex Caruso having more votes than Devin Booker is why we can’t have nice things pic.twitter.com/RINcWyS0ws

Current NBA players and a panel of media members also account for 25 percent of the vote for the final All-Stars, so unless they're all pro-Fall, it's likely that some big men who have logged just a few more minutes this season will be on the roster instead.

More from Aol.com:
NBA stars of past and present pay tribute to David Stern
Former NBA commissioner David Stern dies at 77
Inside Anthony Davis' desire to become a Laker