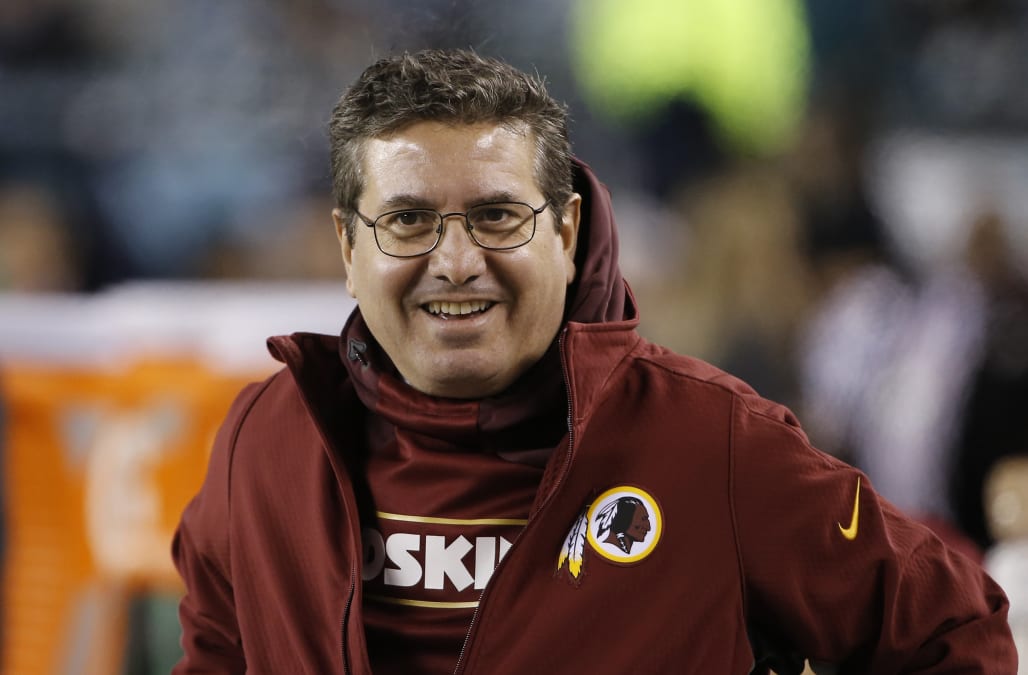 For the first time in a long time, Dan Snyder appears to be making good decisions.

Out from the Washington front office is much-loathed team president Bruce Allen. In as head football coach is Ron Rivera, perhaps the most established name on the NFL head coaching market.

And he’s bringing with him long-respected tactician Jack Del Rio as defensive coordinator.

So of course Snyder opened the news conference introducing Rivera as head coach on Thursday like this.

#Redskins owner Dan Snyder actually kicked off his Ron Rivera introductory PC by wishing everyone in attendance a Happy Thanksgiving.

“Good afternoon,” Snyder said. “First off, happy Thanksgiving everybody. Today is the beginning of a great new year for the Redskins organization ...”

So, yeah. It’s obviously not Thanksgiving. And among all the Dan Snyder things that Dan Snyder’s done over the years, that’s one of them.

It was a perfect introduction from the owner of arguably the most dysfunctional franchise in American sports (apologies to the Cleveland Browns, New York Knicks and Miami Marlins).

That Snyder — who has run his boyhood team from a three-time Super Bowl champion into two decades of spiraling ineptitude — just powered through mistaking the new year for Thanksgiving makes it even more perfect.

This angle of the flub with Rivera standing off to the side chuckling? Even better.

What has Rivera gotten himself into?