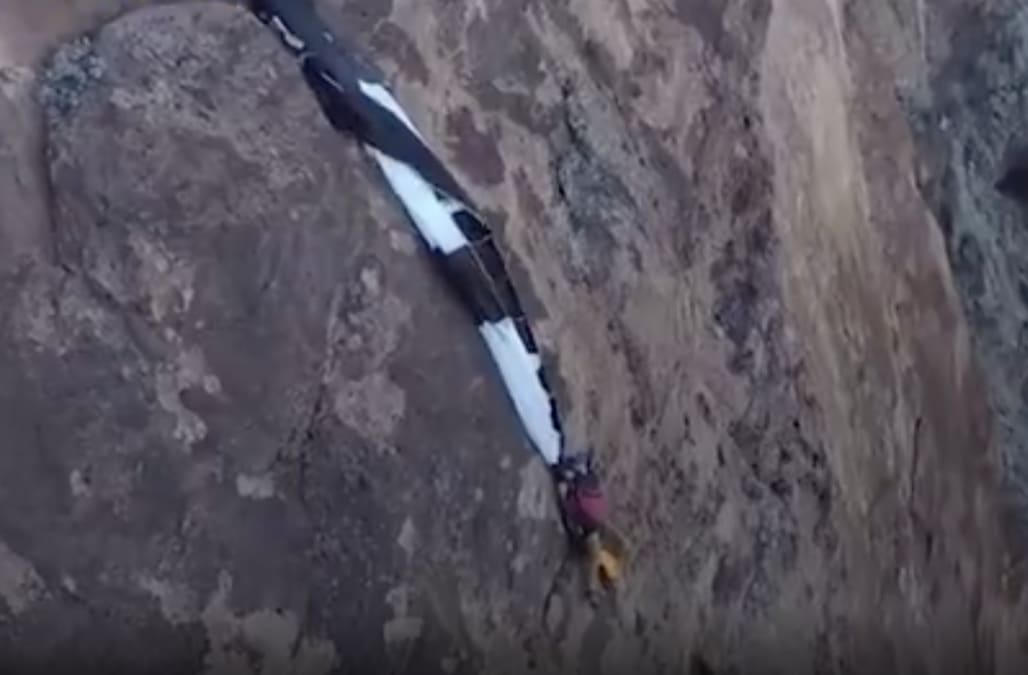 A BASE jumper found himself stuck on a mountainside on Sunday and recorded his incredible rescue with his body camera.

Scott Frankson was base jumping over the Superstition Mountains in Arizona when his parachute got stuck. BASE jumping is a dangerous sport where participants leap from certain heights wearing a wingsuit and parachute (the acronym BASE stands for: buildings, antennas, spans and Earth, in the form of cliffs or promontories).

According to “Good Morning America,” Frankson has been BASE jumping for decades.

In the footage, Frankson is seen dangling off of a vertical wall where a small sliver of his torn parachute had caught onto a rock’s edge. A helicopter is seen hovering above his head and state troopers worked to figure out how to grab ahold of Frankson before the parachute fully ripped.

The wind can be heard whipping through the parachute, making Frankson’s situation all the scarier. He was suspended hundreds of feet off the ground.

Finally, a state trooper was able to release Frankson from his parachute and pull him back to the mountain top. Miraculously, Frankson escaped the horrifying situation unscathed and calmly walked away from the cliff’s edge.

In 2015, Frankson had another close call BASE jumping over the same Superstition Mountains, “Good Morning America” reports. His body camera footage from that event revealed how his parachute lines got tangled with a friend’s parachute, and the two spiraled down the mountain face in an almost-deadly free fall. At the last second, the two were able to separate, and Frankson crash-landed on the face of a boulder.

BASE jumping is legal at Superstition Mountain, although officials advise against it.