A man died after chasing down thief who stole his laptop at Starbucks: 'It was literally like a movie' 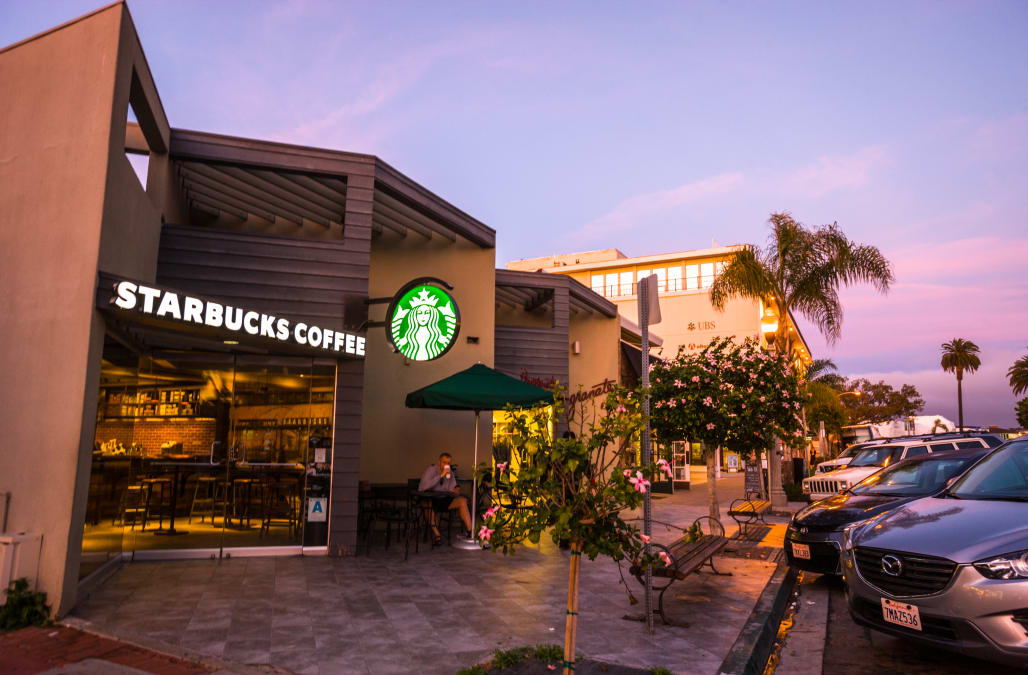 Two suspects were arrested after a man died on New Year's Eve while chasing down a thief who stole his laptop from a Starbucks in Oakland, Calif.

A man, whose name has not been released, was working on his laptop in the Starbucks around 11:30 a.m when the suspect approached him, snatched his laptop and ran, according to the Oakland Police Department.

The victim chased down the thief, who got into an SUV parked around the corner, NBC News reported.

Witnesses said they saw the victim attempt to get into the SUV, with one witness claiming the man did a "superman-type dive" into the car. The suspects drove away while the man was hanging on the car, which is when he suffered a critical head injury, according to NBC News.

"It was such a scramble; it was literally like a movie," a woman named Julie, who did not provide her last name, told NBC. "It was like his arm was up and his head was being dragged against the concrete. It was so awful."

Another onlooker, Maria Chan, who runs a flower shop across the street, told KGO that he was "bleeding only from the head. His face was purple and blue."

The man received immediate medical attention before he was transported to a local hospital, where he later died from his injuries, according to Oakland Police Department.

Police said on Twitter they are not releasing further information at this time. The investigation is ongoing.

More from Aol.com:
Robert Durst admits to writing tip-off note in 2000 murder of former friend
Remains found in Idaho cave ID'd as outlaw who died over 100 years ago
Family: Man stabbed in Hanukkah attack may have brain damage