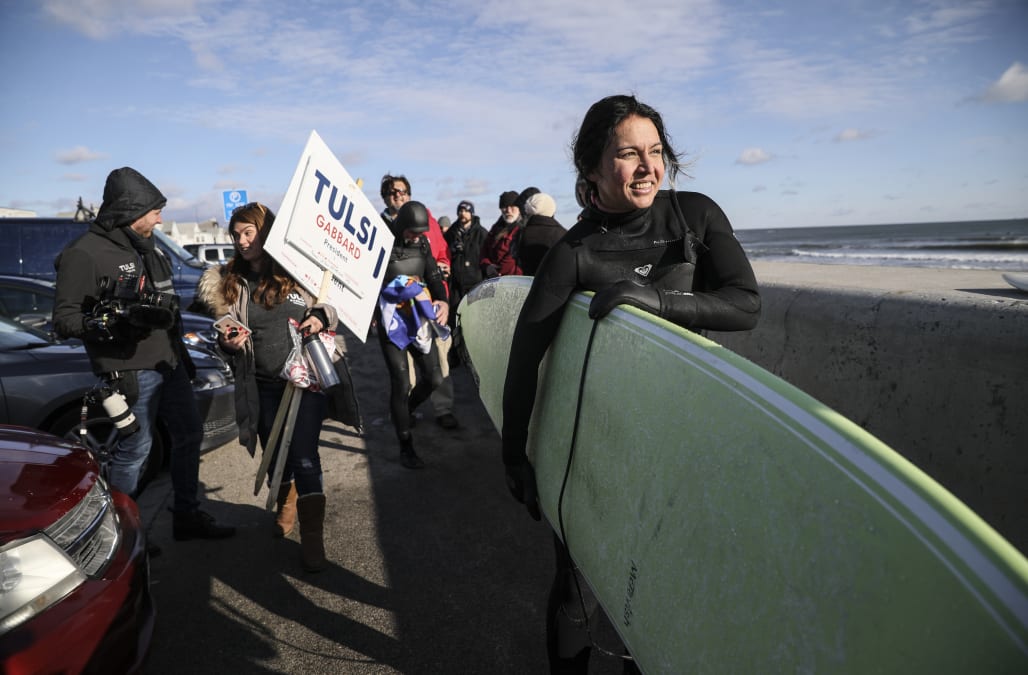 Rep. Tulsi Gabbard tried to make a splash for her presidential campaign on New Year's Day by hitting the waves in freezing New Hampshire.

Accompanied by people carrying campaign signs, the Hawaii Democrat hit the beach in a full wetsuit Wednesday morning before wading into the frigid Atlantic Ocean, a video from NBC affiliate WBTS-TV shows.

"History is being made!" a person in the group yelled, asserting that Gabbard is the first presidential candidate to surf in the Granite State.

"There is absolutely no better way to start the day and to start the year," Gabbard told a CBS reporter afterwards. "Highly recommend it. If we could go surfing every day, and bring everybody out, that'd be awesome."

Gabbard surfed nearly every day growing up in Hawaii, but this is her first January surf in the Atlantic, complete with a "winter wetsuit." pic.twitter.com/0Yr3rv3zYj