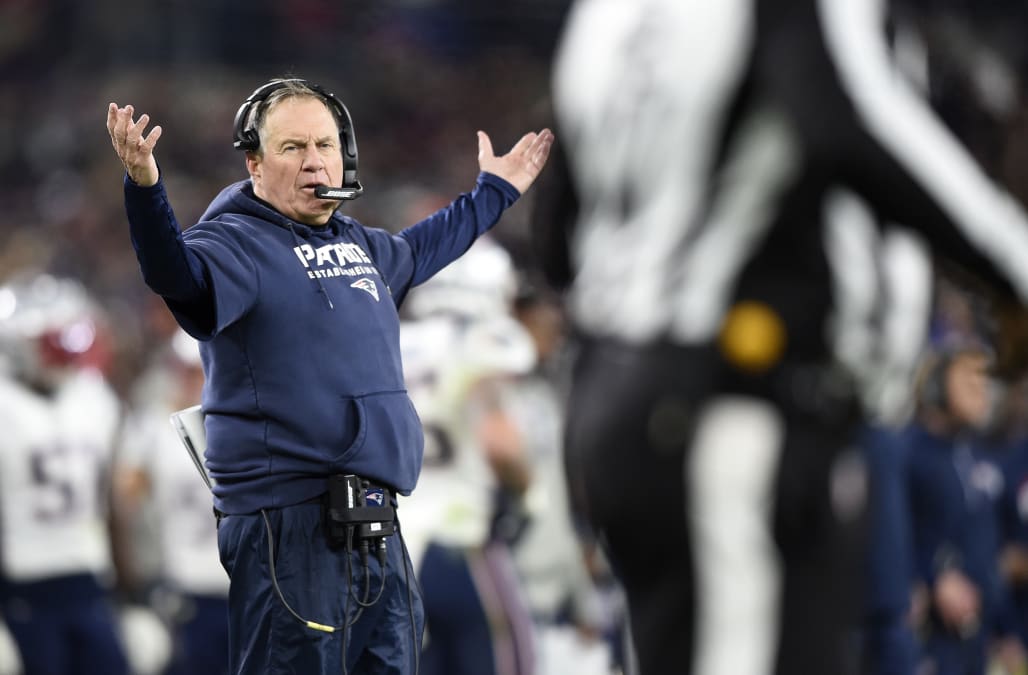 As the New England Patriots continue preparations to play in the wild-card round for the first time since 2009 — they host the Tennessee Titans on Saturday night — the NFL is continuing its investigation into a December video incident.

You’ll recall a camera crew paid by Kraft Sports Productions and credentialed to be in the press box for the Browns-Bengals game on December 8 in Cleveland recorded the Cincinnati sideline from behind, saying it was B-roll, or background footage, for a package the crew was working on.

Kraft Sports Productions has been doing a web series called “Do Your Job,” highlighting the work of people around the team who help the Patriots’ success. This crew was following a Patriots advance scout, who was watching the Bengals a week before they were set to play New England.

A member of Cincinnati’s security team approached the crew and confiscated the video.

Bill Belichick and the Patriots have insisted that the coach was not involved; the camera crew at FirstEnergy Stadium was an Ohio-based crew contracted for the weekend.

Via Mark Maske of the Washington Post, the NFL’s investigation hasn’t found any evidence Belichick was involved.

No evidence of a link

Maske wrote on Wednesday, “The NFL has found no evidence to this point linking Coach Bill Belichick or others on the New England Patriots’ football staff to the video shot by a crew on behalf of the team showing footage of the Cincinnati Bengals’ sideline during a game last month in Cleveland, according to people familiar with the matter.”

He further wrote that the league’s investigation could be completed as soon as this week, and sources told Maske that barring a last-minute revelation of more damaging evidence, the league will impose penalties on New England consistent with those meted to other teams for game-day infractions.

While that likely means a fine and possibly the loss or reduction in value of a draft pick, it’s unclear when the NFL will announce any punishment. Once league security officials complete the investigation, commissioner Roger Goodell and other NFL leaders will review the findings and determine what further steps must be taken, if any.

However, at this point there has not been anything found linking Belichick and/or the football staff to an attempt to gain an on-field advantage.