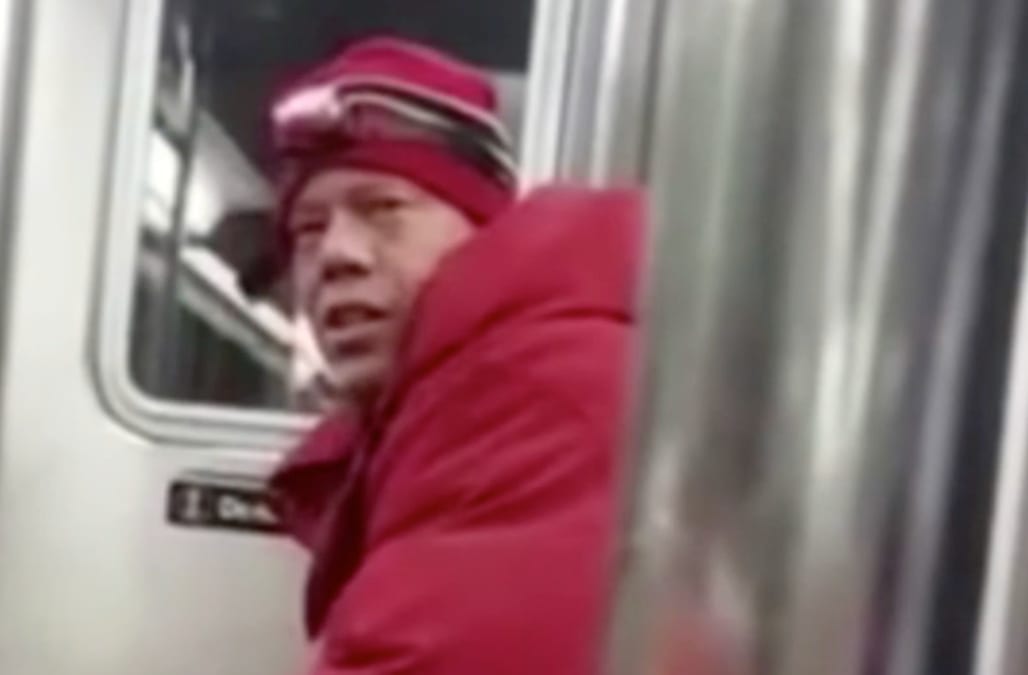 NEW YORK (AP) — New York police arrested a man after a video surfaced showing him apparently trying to abduct a woman on the subway.

Sonny Alloway, 48, was charged with unlawful imprisonment on suspicion of grabbing a young woman and carrying her off a No. 6 train Sunday in the Bronx, the New York Police Department said.

A video posted on social media showed Alloway dressed in red from head to toe, talking to the victim before he carried her off the train at the Morrison Avenue-Soundview station.

The woman was sleeping on the train next to a man when the train came to a stop and Alloway picked her up and carried her out of the car and on to the platform.

Punched and kicked on a sidewalk

The victim quickly got away and ran back on to the train. The clip ends with Alloway walking away.

A second video posted on social media and later deleted shows Alloway being punched and kicked on a sidewalk by a group of men on Monday afternoon who appear to have recognized him from the initial video.

The suspect took refuge at a corner store, where someone inside reported him to authorities. He was apprehended by police shortly afterward.

It's unclear whether Alloway has a lawyer to speak on his behalf.