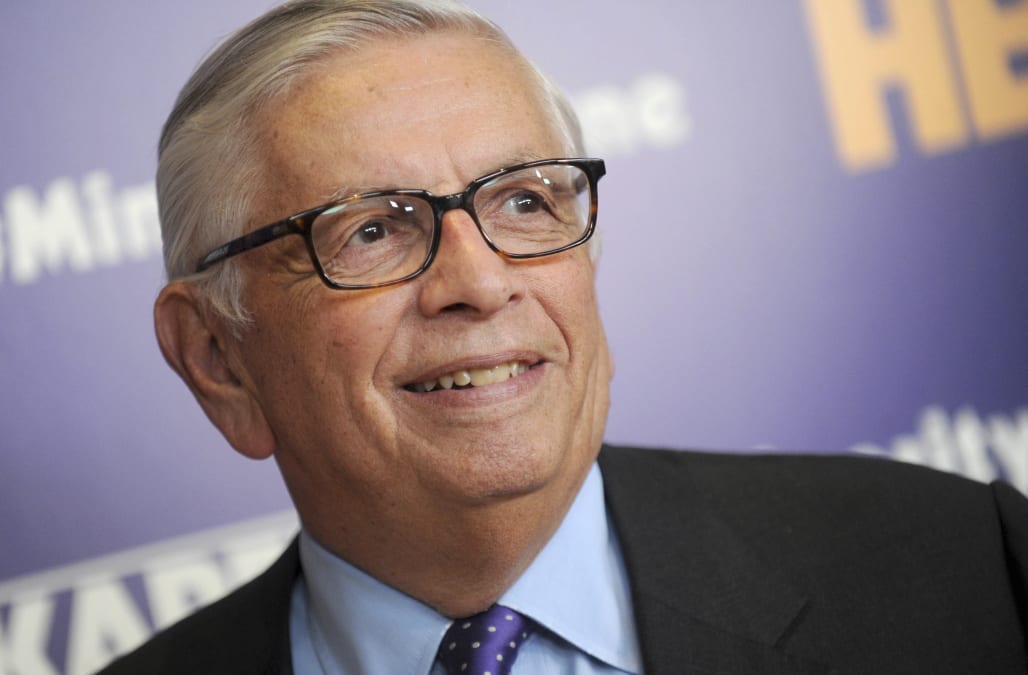 Stern died Wednesday after suffering a brain hemorrhage that required emergency surgery. The hemorrhage ultimately proved to be fatal.

A titan of sports leadership, Stern took over as NBA commissioner in 1984 and oversaw the growth of the league from a struggling entity to an international powerhouse. When Stern took office, NBA playoff games were regularly broadcast on tape delay on CBS.

By the time he handed the reins to his deputy Adam Silver in 2014, 30 years to the day after he took over, NBA basketball as a spectator sport was an international powerhouse with fans across the globe.

Stern’s tenure coincided with the rise of the Larry Bird-Magic Johnson rivalry that saw the Boston Celtics and Los Angeles Lakers win a combined eight championships behind their two superstars from 1980 to 1988.

Stern took office the same year the Chicago Bulls drafted Michael Jordan, who would take over from Bird and Johnson as the face of the league and become a global icon as he won six NBA championships.

Stern’s NBA seized on the popularity of those outsized players and personalities, expanding from 23 teams to 30 under his watch. The late 1980s saw the league expand into four new markets, with the Miami Heat and Charlotte Hornets joining the NBA in 1988 and the Orlando Magic and Minnesota Timberwolves coming into existence in 1989.

By the time Stern retired, the Memphis Grizzlies, Toronto Raptors and New Orleans Pelicans had also spawned through expansion and franchise movement.

As the NBA grew domestically under Stern, the league set footprints around the world with offices in Hong Kong, Johannesburg, Beijing, Mumbai and London among other international cities.

Stern aided the global growth of the league by helping organize the assembly of the Dream Team, the 1992 USA Basketball team led by Jordan, Bird and Johnson that took the Olympics by storm and became an international sensation.

The United States voted against allowing professionals to play in the Olympics in 1989. But when the international community overwhelmingly approved the shift from amateurs, Stern and the NBA embraced it.

“I think the point was that the world of basketball invited the NBA to join it, and we said yes,” Stern told GQ in 2012. “And they have profited greatly from it, as have we — as has the overall sport of basketball.”

As the league looked outward, international players like Hakeem Olajuwon, Dirk Nowitzki and Yao Ming became stars in the NBA, further cementing its status as a global league.

Birth of the draft lottery

Before Stern set his sights on global growth, he had big ideas about how teams should be built. During Stern’s second year in office, the league implemented one of the most exciting and controversial systems in sports — the draft lottery.

In an effort to deter tanking, Stern’s NBA set up a literal lottery to determine which teams would receive the top selections in the draft.

The initial year of the lottery in 1985 gave birth to one of the greatest conspiracies in American sports when the New York Knicks won the right to draft Georgetown center Patrick Ewing, who would go on to play for the Dream Team and become a first-ballot Hall of Famer.

That the center-desperate Knicks won the lottery in the NBA’s largest market birthed conspiracies that Stern rigged the game in New York’s favor. In some circles that conspiracy lives on more than three decades later.

Len Bias died of a cocaine overdose in 1986, days after the Boston Celtics made him the No. 2 pick in the draft out of Maryland.

In 1991, Johnson made the shocking announcement that he was retiring from the Lakers after he tested HIV positive. At that point in time, the diagnosis was widely viewed as a death sentence, but Johnson lives and thrives to this day.

The NBA saw two significant instances of labor strife under Stern, with lockouts in 1999 and 2011 that threatened to drive fans away from the game.

The league lost regular-season games during both lockouts.

In 2007, a gambling scandal centered around referee Tim Donaghy threatened the integrity of the game. Long-held fringe beliefs that the league was rigged were given legitimate weight when reports pointed to Donaghy making calls to influence point spreads on games he had gambled on.

Donaghy eventually pleaded guilty to two conspiracy charges related to the scandal and was sentenced to 15 months in prison.

The NBA also made the unorthodox decision to buy the then-New Orleans Hornets in 2010 in an effort to keep the team in the city.

Stern’s decision to reject a trade of Chris Paul to the Los Angeles Lakers while the league owned the Hornets in 2011 is a sore subject for Lakers fans to this day.

But as each of those issues threatened the sanctity and popularity of the NBA, the league continued to grow stronger under Stern’s stead.

By the time he ceded power to Silver in 2014, the NBA was thriving in a new player era led by LeBron James and on the verge of the Golden State Warriors dynasty taking hold.

Upon his retirement, Stern was immediately inducted into the Naismith Memorial Basketball Hall of Fame in 2014.

The growth and overwhelming popularity of the NBA that came into existence under Stern’s watch remains his legacy.

Stern is survived by his wife Diane and sons Eric and Andrew.