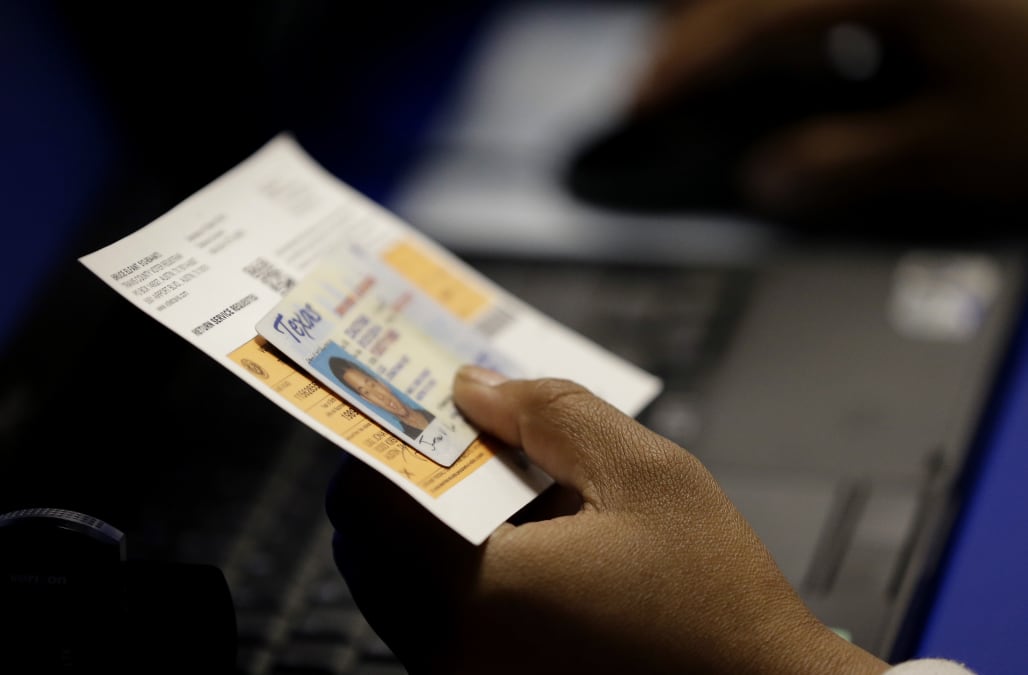 WASHINGTON — The new year brings a host of new laws across the nation, from looser restrictions on marijuana to a ban on discriminating against employees because of their hair. But one requirement to be imposed later in 2020 will affect millions nationwide.

After years of delay, the Department of Homeland Security finally set a deadline for complying with a law proposed by the commission that studied the terror attacks of Sept. 11, 2001. "The federal government should set standards," the panel said, "for sources of identification, such as driver's licenses."

As of Oct. 1, travelers wanting to board an airplane by using a driver's license for identification must have one that complies with the Real ID Act, the law based on the commission's recommendation. States are required to check an applicant's records to verify identity before issuing the new licenses, which have a star on the upper right-hand corner and incorporate features making them harder to be forged. New Hampshire allows a change to the driver's licenses it issues as of Jan. 1. Residents can have the state mark their sex as X instead of M or F, for people who don't identify as either male or female. Devon Chaffee, of the American Civil Liberties Union of New Hampshire, called the law "another step toward decreasing stigmatization, promoting equality and ensuring that state identification documents are accurate and affirming." As of New Year's Day, it's also legal to possess small amounts of marijuana in Illinois and Michigan, bringing the number of states that allow its recreational use to 11. In Nevada beginning Jan. 1, employers cannot refuse to hire someone who tests positive for marijuana use.

Parents in Washington state must put their children up to 2 years old in a rear-facing car seat under a law that takes effect Jan. 1, which turns a previous recommendation into a requirement. Children ages 2 to 4 must be in a forward-facing harness seat. Those older than 4 must remain in a booster seat if they are shorter than 4 feet, 9 inches, a restriction that may include many middle school students.

"It gives them just a little extra boost to keep the seat belt in the right spot, right over their shoulder and right over their lap," Kanessa Thompson, a Seattle emergency medical technician, explained.

In Hawaii, restaurants must offer something healthy to drink as part of the standard option for drinks that come with a child's meal, such as low-fat milk, water or fruit juice with no added sugar. Gov. David Ige said the law is intended to "reduce the bad habit that some in our community have." Hawaii has faced a big increase in obesity and diabetes over the past 30 years.

Beginning Jan. 1, California law forbids employers to discriminate against their workers or job applicants who have racially associated hairstyles, such as dreadlocks, cornrows or braids. The bill's sponsor, state Sen. Holly Mitchell, D-Los Angeles, said company dress codes and grooming standards have had an unfair impact on African Americans.

"For us, it is a symbol of who we are and our confidence," she said. "Women are confident in their natural hair."

Gov. Gavin Newsom said the ordeal of New Jersey high school wrestler Andrew Johnson brought nationwide attention to the issue. Johnson was told by a referee that he must either cut off his dreadlocks or forfeit the match. A video of his hair being cut as he stood with teammates went viral.

And shoppers in Oregon cannot bring home New Year's Day party supplies in single-use plastic checkout bags. Those bags are illegal there starting Jan. 1, except for buying fish and meat or taking home the dry cleaning.