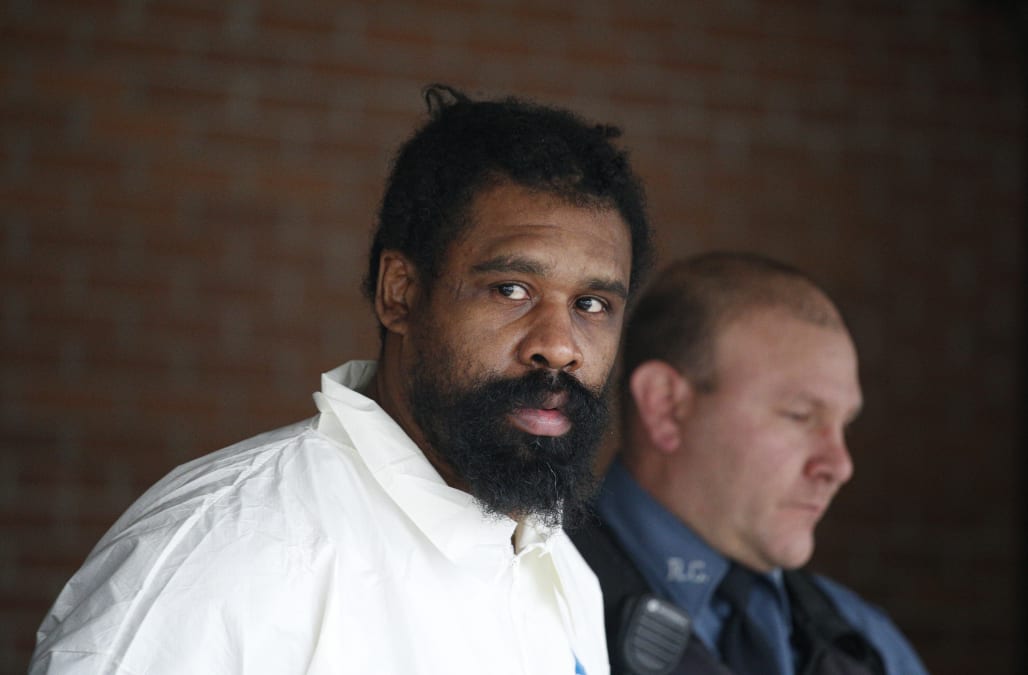 NEW YORK (AP) — The man charged with stabbing five people during a Hanukkah celebration in New York began boot camp to enter the U.S. Marine Corps but was separated from the service a month later for “fraudulent enlistment,” military officials said Tuesday.

A Marine Corps spokeswoman would not provide details on why Grafton Thomas left the Marines as a recruit in late 2002, about a month after he started training.

"Those specifics are administrative in nature and therefore information we are required to keep private,” Capt. Karoline Foote told The Associated Press.

Federal prosecutors filed hate crime charges against Thomas on Monday, accusing the 37-year-old of using a machete to wound five people inside the home of a rabbi in Monsey, N.Y., north of New York City. A criminal complaint said at least one of the victims was in critical condition with a skull fracture.

Thomas is being held without bail. He was charged with five federal counts of obstructing the free exercise of religious beliefs by attempting to kill with a dangerous weapon. He also has pleaded not guilty to five state counts of attempted murder and one count of burglary.

Thomas' defense attorney, Michael Sussman, told reporters about Thomas' military service during a news conference Monday in which he described his background and yearslong struggle with mental illness. He provided a handwritten resume in which Thomas indicated he trained with the Marines in Parris Island, South Carolina.

Military law defines fraudulent enlistment as a “knowingly false representation or deliberate concealment as to” a recruit's qualifications. That could involve a recruit failing to disclose certain medical conditions, past drug use or an arrest record, including cases that are sealed because the recruit was a juvenile or for other reasons.

Thomas had multiple run-ins with law enforcement before he was taken into custody over the weekend, including an arrest for assaulting a police horse, according to an official briefed on the investigation who was not authorized to discuss the matter publicly and spoke to The Associated Press on condition of anonymity. Details related to that case appear to be under seal.

Sussman wrote in an email to The AP on Tuesday that Thomas “was recruited and suffered a wrist injury during basic training” with the Marines.

“He was then released from that training,” Sussman said. “That is the best information we have at this time.”

Thomas' family has said his mental health deteriorated over the years and that he has been hospitalized on multiple occasions. After washing out of the Marines, Thomas attended William Paterson University in New Jersey between 2005 and 2007 where he played football as a running back.

His former coach at William Paterson, Mike Miello, said Thomas was injured early on and was “a non factor in our program.”

“He wasn't around long enough to get to know him,” Miello told The AP.

Associated Press writers Robert Burns in Washington and Jennifer Peltz and Michael Balsamo in New York contributed to this report.