Joe Biden says he would consider a Republican running mate: 'They've got to step up' 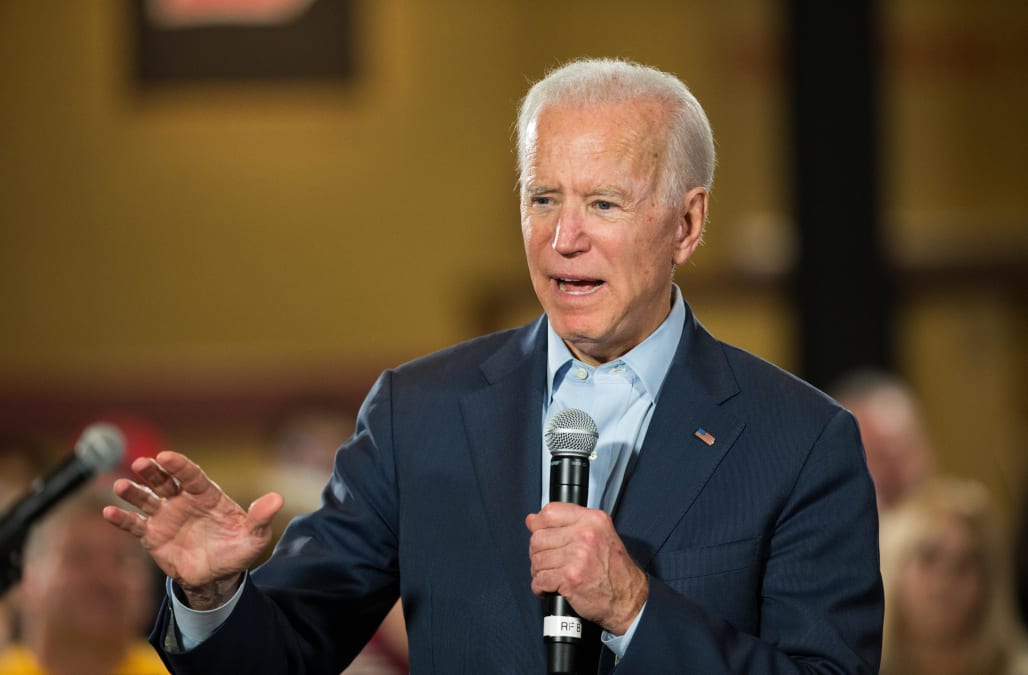 Democratic presidential candidate Joe Biden said he would consider a Republican running mate for a "unity ticket" in the 2020 election.

During a campaign stop in New Hampshire, Biden was asked by a woman about the possibility that he could lead a bipartisan ticket if he is the nominee because he will need to "pull out all the stops," CNN reported.

The former vice president responded that he would consider a Republican running mate, "but I can't think of one now."

"There are some really decent Republicans that are out there still, but here's the problem right now of the well-known ones: They've got to step up," he said.

Biden has run on the platform that he can close the political divide, often emphasizing his record of reaching across the aisle during his time in the Senate. If Biden were to run with a bipartisan ticket, it would be the first time in modern history.

Biden has dropped hints on who he would want for a running mate in the past, saying he would prefer to pick someone "of color and/or a different gender" as his potential running mate, according to CNN.

"Whoever I would pick for vice president, and there's a lot of qualified women, there's a lot of qualified African-Americans. There really truly are. There's a plethora of really qualified people," Biden said in New Hampshire Monday. "Whomever I would pick were I fortunate enough to be your nominee, I'd pick somebody who was simpatico with me, who knew what I, what my priorities were and knew what I wanted to. We could disagree on tactic, but strategically we'd have to be in the exact same page."

More from Aol.com:
Bernie Sanders 'more than fit enough' for presidency despite heart attack, doctors say
Buttigieg: I would not have wanted my son on Ukraine board
Biden clarifies stance on impeachment trial testimony