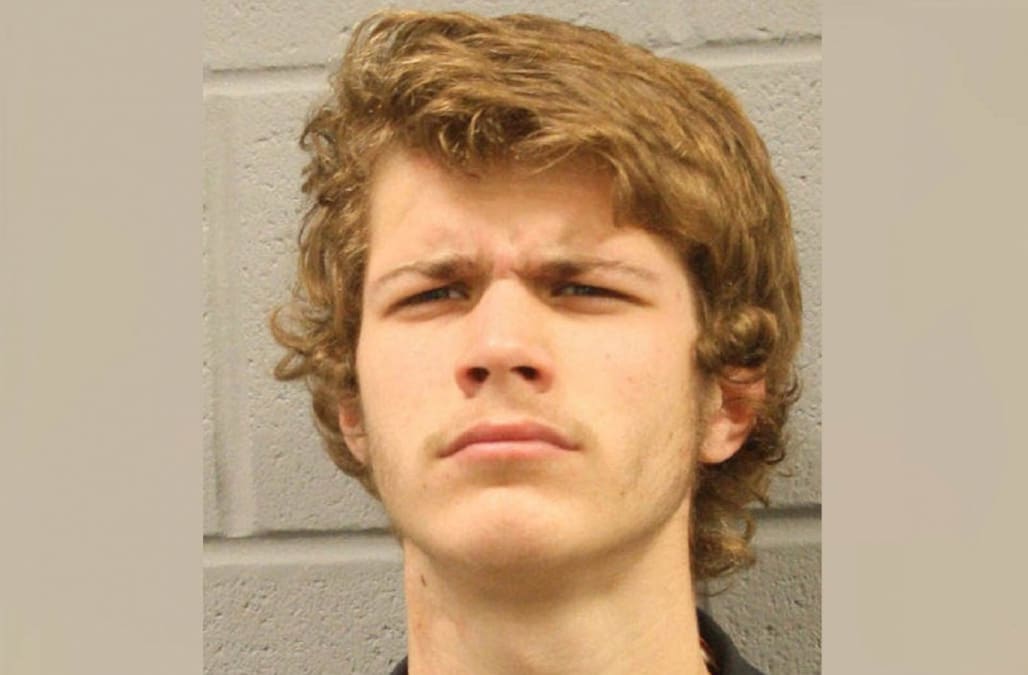 A 12-year-old Texas boy is being hailed as a hero for stopping his 20-year-old brother from stabbing their great-grandparents.

Lucian Johnston has been arrested for allegedly stabbing his great-grandparents and faces two counts of aggravated assault with a deadly weapon, ABC News reported.

Johnston was in the car with his great-grandparents when an argument broke out, according to Harris County Sheriff Ed Gonzalez. The couple was on the way to drop the 20-year-old off at a friend's house. During the car ride, they told Johnson he was no longer welcome to stay in their home due to his "behavioral issues," Harris County Sheriff's Sgt. John Klafka said in a news conference.

That "set him off," Klafka said, which is when Johnston took out a pocket knife and began stabbing the husband and wife in the back and neck.

Johnston's 12-year-old brother, identified as Sacha by KTRK, jumped in and successfully stopped the attack.

"The real hero in this ordeal is a 12-year-old that was also in the backseat at the time of the brutal attack," Gonzalez said on Twitter. "He managed to wrestle the knife away from Johnston (and) threw it out the window, which successfully stopped the attack."

Update: the adults are actually his great grandparents. Both are recovering well. The real hero in this ordeal, is a 12-year-old that was also in the backseat at the time of the brutal attack. He managed to wrestle the knife away from Johnston & threw it out the window, which https://t.co/DCihnMh2xi

Sacha described to KTRK how he managed to wrestle the knife away.

"What I did was I grabbed him from behind, I pulled him backwards trying to get him away from grandma," he said. "But I did grab the knife. I held that to his neck also. He bent back my finger, which is still sore right now. He head-butted me, which I have a loose tooth from that, but I do not really care."

The 12-year-old was not hurt and both the 92-year-old woman and her 76-year-old husband are expected to recover, according to ABC News.