Koala chugs cyclist's water amid heatwave in Australia: 'He was obviously very thirsty' 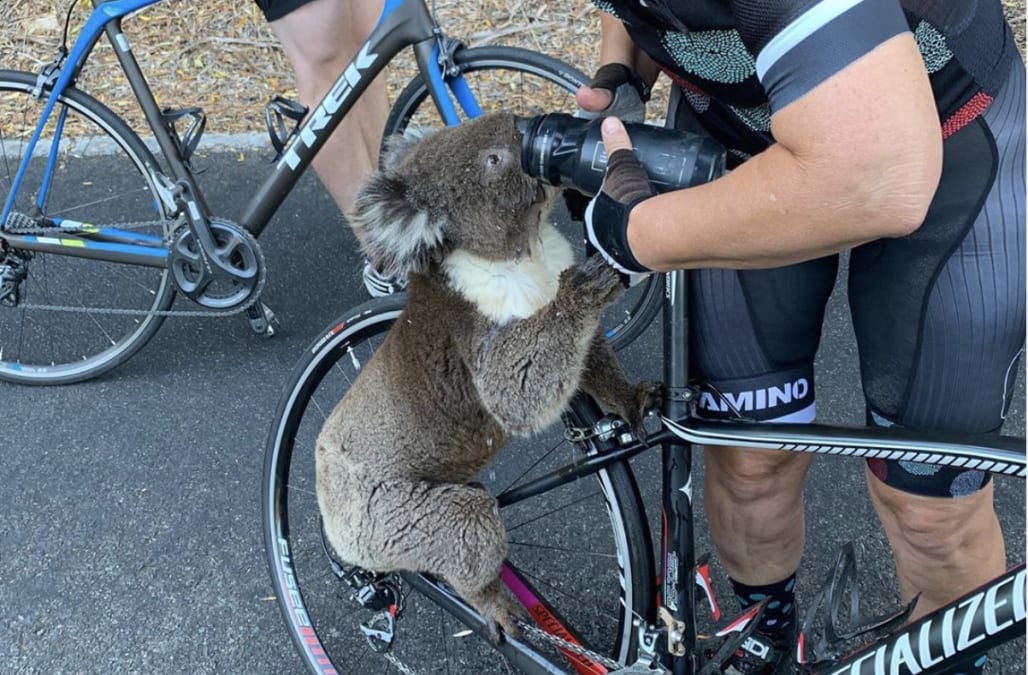 A woman helped a koala suffering severe thirst during a heatwave in Adelaide, South Australia.

While riding with a group of cyclists, Anna Heusler spotted the koala in the middle of the road.

"We stopped the bikes to help the koala get off the road otherwise they get hit by cars," Heusler told CNN. "But the koala walked up to me very quickly, he was obviously very thirsty."

While Heusler was giving the koala water, the creature climbed right up onto her bike — a reaction she had never witnessed. In a heartbreaking video posted on Instagram, the koala is seen chugging the water on her bike. The cyclists lauded it as "the best thing they’ve witnessed."

Meet “Kodak” the Koala. 🐨 There were about a dozen cyclists around me watching this and several commented that it was genuinely the best thing they’ve witnessed. What a truly wonderful experience. Check out my previous posts this morning for explanation. : Please see my “Go Fund Me” page which is on my Instagram profile bio that I have commenced to raise money for the rescue team caring for over 100 sick and injured koalas in Adelaide. @bikebug2019 : : #animals #bushfire #cudleecreek #cudleecreekfire #adelaidehills #habitatlost #kangaroo #joey #adelaidekoalas #sabushfires #savingkoalas #bushfireappeal #donate #rescue #save #sabushfires #australianbushfires #koala #koalas #koalasofinstagram #koalabears #koala🐨

"I've never seen a koala move this quickly," she said. "They're usually not people animals, they stay up on the trees and people admire them from afar."

Aside from the country continuing to be ravaged by wildfires, a heatwave hit parts of South Australia last week, with temperatures reaching nearly 108-degrees Fahrenheit last week, according to 7News.

"There's nothing but tragedy in Australia. It's burning out of control," Heusler told CNN. "I hope this episode helps spread awareness. The firefighters are the real heroes, not me."