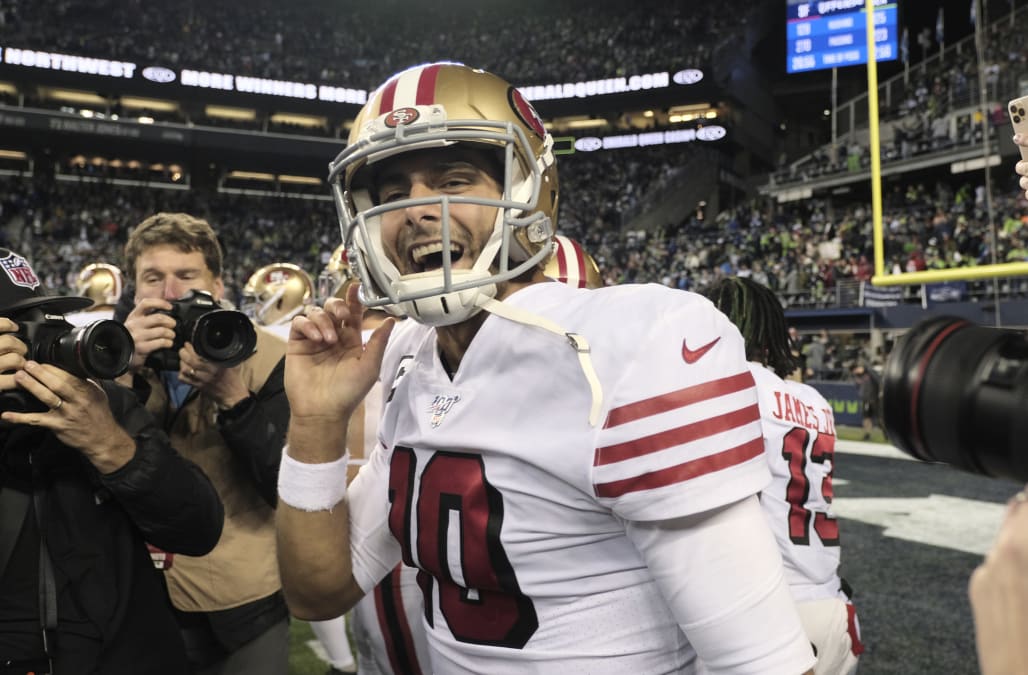 Winning eight straight games feels great, but winning the division and securing a bye week in the postseason feels even better.

San Francisco 49ers quarterback Jimmy Garoppolo has now accomplished both of those feats this NFL season.

The 49ers defeated the Seattle Seahawks on Sunday night to clinch the NFC West division and secure the No. 1 seed in the NFC playoffs. Garoppolo took to Instagram after the game to express how he was feeling after the big win.

"Feels great, baby," he captioned two photos of himself from the game. Sound familiar?

Many will remember the last time the 28-year-old quarterback used that seemingly innocuous phrase. After the 49ers defeated the Arizona Cardinals back in Week 9 to become 8-0 on the season, Garoppolo was asked by Fox sideline reporter Erin Andrews how it felt to remain undefeated.

"Feels great, baby," Garoppolo responded with a smile before quickly ending the interview, leaving many to speculate that he was flirting with Andrews.

The quarterback later clarified that "it wasn't like that" and that he didn't intend for the three words to go viral.

"I say baby like 500 times a game to my teammates and stuff," he explained.

Whatever the initial comment meant, Garoppolo's clever throwback on Instagram was a perfect reference to one of the most talked-about moments from the season. Now, the 49ers await the outcome of the wild-card round to determine their first playoff opponent.