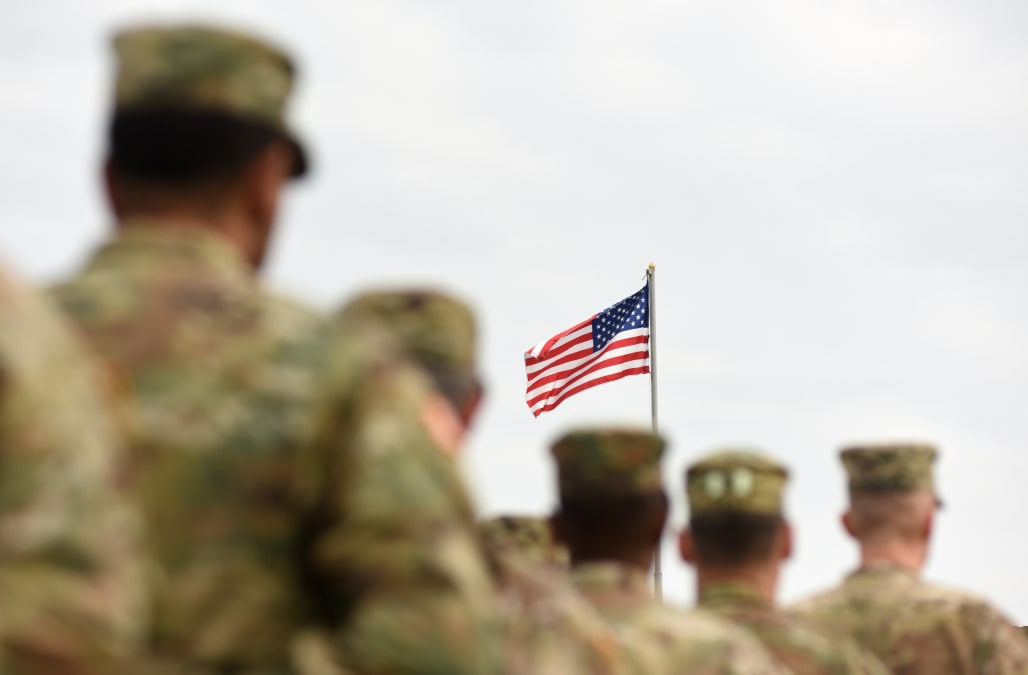 Iran condemned airstrikes by the United States in Iraq and Syria as an act of "terrorism" on Monday, while denying any involvement in attacks against American forces in the region.

At least 24 people were killed and 50 injured, according to local media quoting militia spokespeople.

Iraqi President Barham Saleh said the attack was "unacceptable and considered as an aggressive action and violation of Iraqi sovereignty."

The U.S. has about 5,000 troops in Iraq to train and assist government troops in the fight against ISIS. Iraq also a network of powerful militias, which are sanctioned by the state and many of which are backed by neighboring Iran.

On Sunday, American F-15s dropped precision-guided bombs on five sites in Iraq and neighboring Syria that it said were linked to some of these militias. The U.S. said these are responsible for 11 rocket attacks against coalition bases in the last two months, including one that killed a U.S. contractor and injured four U.S. service members in Kirkuk on Friday morning.

Iran has denied that it's behind these attacks and on Monday denounced the U.S. airstrikes.

"We strongly condemn this aggression on Iraqi soil and say its an example of terrorism," Foreign Ministry spokesman Abbas Mousavi said in a statement. "The U.S. has to respect the territorial integrity and independence of Iraq and to stop interfering in Iraqi internal affairs."

Mousavi also called on the U.S. to "end its occupation in the region." One of the militia groups targeted was Kataeb Hezbollah, also known as the Hezbollah Brigades in Iraq.

It is a separate force to the Lebanese militant group Hezbollah and operates under the umbrella of the state-sanctioned militias, known collectively as the Popular Mobilization Forces.

In a statement to its affiliated TV station, Al Manar, Hezbollah condemned what it called "the brutal and treacherous American aggression."

"We will not stand for the Islamic Republic of Iran to take actions that put American men and women in jeopardy," he said.

The attack that killed the American contractor and U.S. counter-strikes come as months of political turmoil roil Iraq. About 500 people have died in anti-government protests, most of them demonstrators killed by Iraqi security forces.

The mass uprisings prompted the resignation last month of Prime Minister Adel Abdul-Mahdi, who remains in a caretaker capacity.

In a statement, Abdul-Mahdi said Defense Secretary Mark Esper had called him about a half-hour before the U.S. strikes on Sunday to tell him of U.S. intentions to hit bases of the militia suspected of being behind Friday's rocket attack. Abdul-Mahdi said he asked Esper to call off the U.S. plan.