Footage of bus driver rescuing 2 lost dogs goes viral: 'I couldn't leave them out there like that' 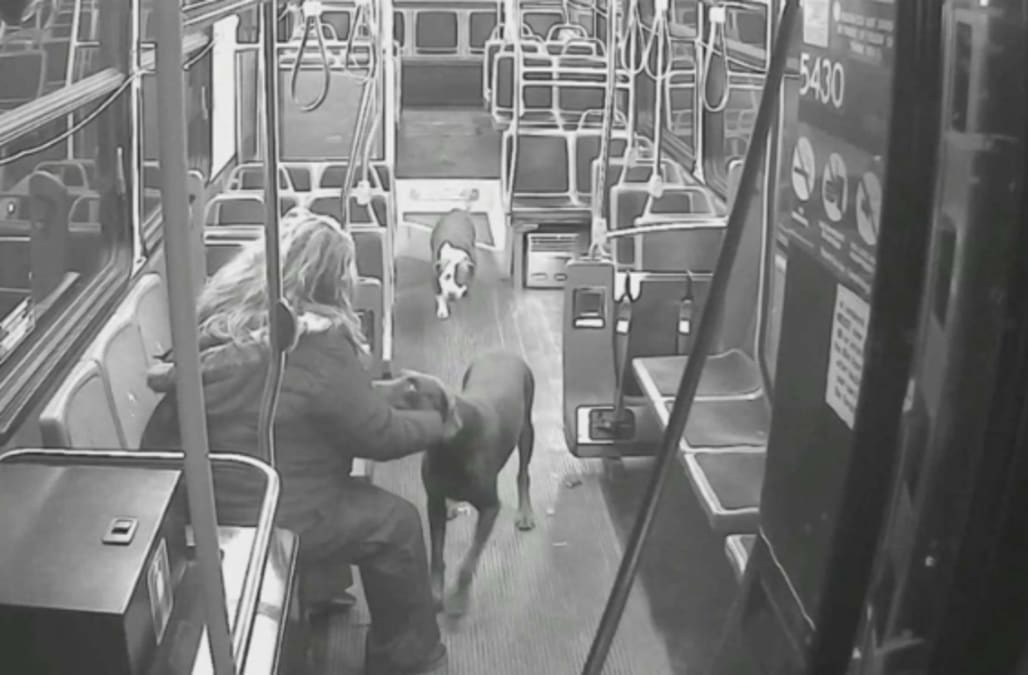 A bus driver in Milwaukee gave two dogs and their owners the gift of a Christmas miracle this year.

Jamie Grabowski, a driver for the Milwaukee County Transit System (MCTS), was finishing up her regular route around midnight on Dec. 18 when she noticed two dogs wandering in and out of traffic.

Worried about the freezing temperature and oncoming cars, Grabowski pulled the bus over and got their attention by yelling, "Hey you two! You need to go home!... Come on, come on inside!"

Grabowski got off the bus and was filmed herding the pit bull and Doberman pinscher onto the heated bus. She played with them as she called 911 and waited for the police to show up and transfer the dogs to a local shelter.

"I couldn't leave them out there like that," Grabowski told ABC News. "I mean, people nowadays, if they can hit humans, what is a dog?"

Two and a half miles away, the Gomez family was frantically looking for the missing dogs.

"We could not find them," Stephanie Gomez told ABC News. "We were panicked, we were scared."

At the shelter, the two dogs were reunited with their family — just in time for the holidays.

"I was so happy that someone took time out of their day to turn in the dogs," Stephanie said.

Grabowski said she felt relieved that she happed to be in the right place at the right time to help the dogs and reunite them with their family.

Milwaukee bus drivers have been in the news multiple times for their selfless good deeds for the community. In January, Irena Ivic noticed a barefoot baby girl running down the street and immediately pulled her onto the bus and called police. In November 2018, a bus camera recorded driver Natalie Barnes comforting a passenger who had just lost his home and buying him dinner on her break before taking him to a nearby shelter.