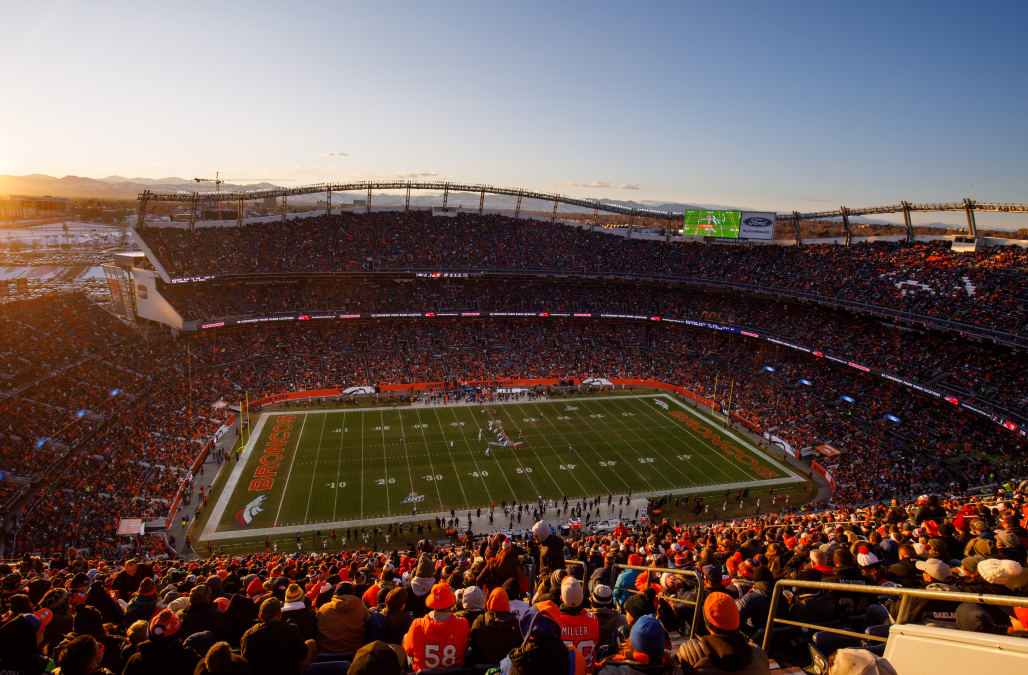 With less than a minute remaining in the season, one NFL security guard met an unfortunate conclusion that saw him carted off the field.

As the final seconds ticked down in the Denver Broncos’ 16-15 win over Oakland Raiders, a fan at Empower Field ran onto the playing surface.

Video captured from the stands shows the culprit being tackled by security near midfield.

@docllv@MileHighReport@themadfanatic the reason the game got delayed. He made security guard twist an ankle. #OakvsDen#BroncosCountrypic.twitter.com/IfEkhAi9LV

Multiple reports point to the fan being led away in handcuffs, while one points to the fan being a teenager. One of the security guards who attempted to tackle the fan suffered an injury and had to be carted off the field.

Stray fan on the field. Just got crushed by a security guard and is being led off in handcuffs.

Incident on field was mess. Kid that ran onto field was around 12 years old. Security guard injured. Might have broken ankle. Hopefully he’s OK. What an unnecessary mess #Denver7

The security guard eventually rode off the field on the cart after a several-minute delay.

#NFL: #Broncos security guard gets injured while trying to catch a fan running in the field. @PhillyWill11 thanks him on his way out 🙏🏽 pic.twitter.com/mZhFvYW47y

Reporters on the scene provided an update on the security guard’s status after the game. His name is Chris, and he suffered a broken ankle in three spots, according to reports.

Chris, the security guard, suffered a fractured ankle while chasing down the rogue fan today.

There are no reports on the status of the culprit, whom officials would be unlikely to identify if he was indeed a juvenile.