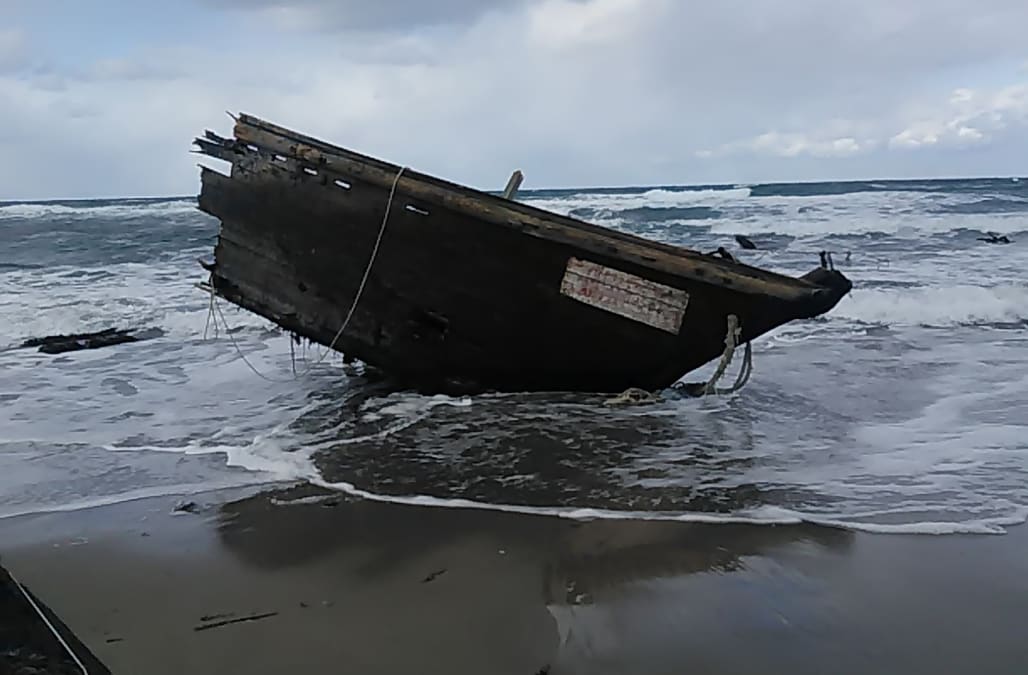 TOKYO (AP) — A boat suspected of being from North Korea with several bodies was found on a small island in northern Japan, the Japanese Coast Guard said Sunday.

The wrecked boat that had the decomposing bodies was found on Sado Island in Niigata prefecture on Friday, and the bodies were found Saturday, a coast guard official in Sado said on customary condition of anonymity.

Found on the boats were three bodies with heads, two heads without bodies and two bodies without heads. It's officially counted as seven bodies because it is unclear whether the bodies and heads came from the same people, the official said. The five bodies for which gender could be confirmed were all male, he said.

Other details were not immediately available, but Japanese media reports said an investigation had started on whether the boat was from North Korea, as Korean language items were found on the boat.

The area where the boat was found faces North Korea and is the region where such boats, dubbed “ghost ships” by the Japanese media, have been found in recent years, numbering about a hundred each year.

North Korean shipping boats, which are usually poorly equipped, are believed to be under pressure to catch more fish for the nation's food supply and are wandering farther out to sea. Sometimes North Koreans are found alive on such boats and have been deported.

Japan and North Korea have no diplomatic ties. Japan has stepped up patrols in coastal areas to guard against poaching.