Republican senator: No rules, many options for Trump impeachment trial 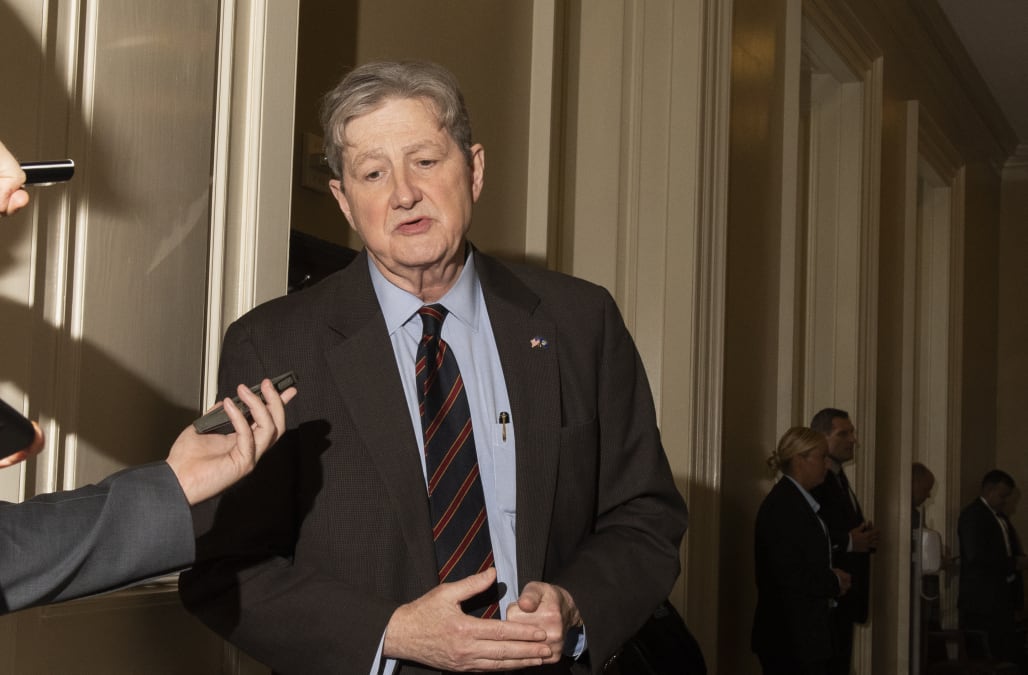 WASHINGTON, Dec 29 (Reuters) - Republican Senator John Kennedy, a frequent defender of President Donald Trump, said on Sunday there were no real rules for how the U.S. Senate should run its impeachment trial and that the chamber could choose to hear witnesses and evidence.

"When it comes to impeachment, the rule is that there are virtually no substantive rules," Kennedy told CNN's "State of the Union." As a result, he said, there were plenty of steps the Senate could take, including forming a committee to hear evidence in the case.

The Democratic-led House of Representatives impeached Republican Trump this month for abuse of power and obstruction of Congress charges stemming from his effort to get Ukraine to investigate political rival Joe Biden, a leading contender in the 2020 Democratic presidential race.

The majority-Republican Senate is expected to hold its impeachment trial early next year, once House Speaker Nancy Pelosi delivers the articles of impeachment to the chamber.

The U.S. Constitution has no detailed guidelines on the process, Kennedy said. "It's not a criminal trial," Kennedy said, adding there were "no standards of proof" and "no rules of evidence."

Senators have not been able to agree whether to allow for witnesses. Republicans have a 53-seat majority in the Senate, where 51 votes are needed to pass a set of rules for the Trump trial, so Republicans cannot afford many defectors.

Senate Republican leader Mitch McConnell has said he wanted to hear testimony and submit questions before deciding on whether to admit witnesses. McConnell said this month he was working in "total coordination" with the White House on Trump's impeachment, and has said he is "not an impartial juror."

Kennedy said the Senate had a number of options.

"I'm not recommending it, but it's possible for the Senate, through the presiding officer, the chief justice, to appoint a committee to hear additional evidence, if the Senate thinks it's necessary," he said.

Senators take an oath to "do impartial justice according to the Constitution and laws" ahead of an impeachment trial. Experts say that as a practical matter they can declare their allegiance without repercussions.

Last week, Republican U.S. Senator Lisa Murkowski said she was disturbed by McConnell's approach, saying there should be distance between him and the White House.