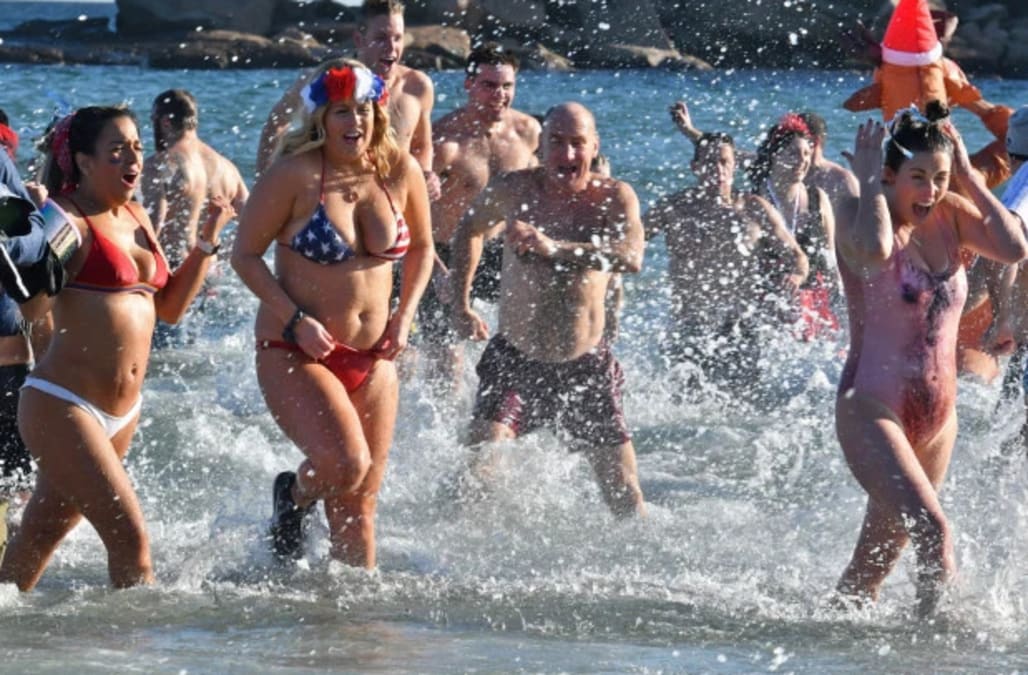 About 1,000 people took an icy plunge into the ocean at a Massachusetts beach on Saturday to honor Peter Frates, the former baseball player whose public battle with Lou Gehrig’s disease helped turn the ALS ice bucket challenge into a worldwide phenomenon. bu

The number of participants joining the eighth and final “Plunge for Peter” at Good Harbor Beach in Gloucester was about four times as high as the previous peak of 250 people in 2014, the year the ice bucket challenge went viral.

The annual fundraiser, which helped pay for his medical bills, happened on what would have been Frates’ 35th birthday. The former Boston College baseball player died on Dec. 9 after a nearly eight-year battle with amyotrophic lateral sclerosis, also known as Lou Gehrig’s disease or just ALS.

“This is the best birthday party he could ask for and wherever he is, he is very grateful,” said Frates’ wife, Julie, who joined Saturday’s event wearing the same bikini she had on when she first met her husband.

Frates, who was diagnosed with the disease in March 2012, was believed to be the fourth person on record to have

personally dumped freezing water on his head to draw attention to a cause.

The challenge, which consisted of pouring ice water over somebody’s head and posting the video on social media, helped raise a whopping $220 million for research and treatment of ALS around the world, including $115 million that went to the Washington-based ALS Association.

When unapproved drugs are the only hope

The neurodegenerative disease leads to paralysis and has no known cure.

Numerous public figures took part in the challenge at the time. Some of them were Bill Gates, Ellen DeGeneres, Mark Zuckerberg, Oprah Winfrey, Tom Hanks and Will Smith.

More from New York Daily News:
Pilot killed after plane crashes into Maryland home
Chris Evans’ dog wore the ‘Knives Out’ sweater for the holidays
Man taxidermies his amputated arm, carries it around