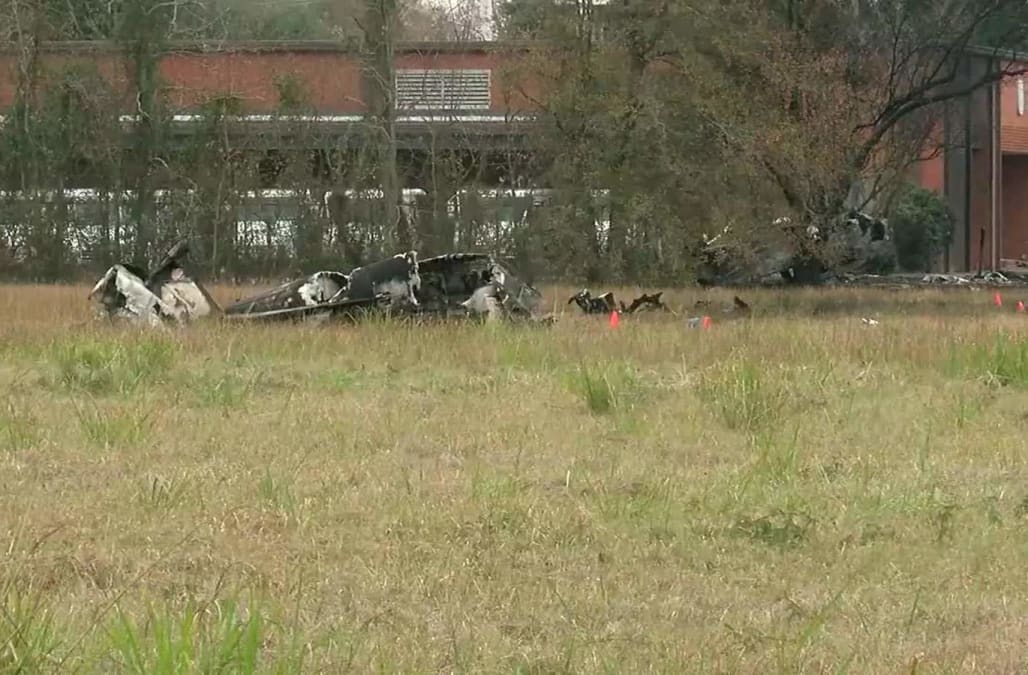 ATLANTA (AP) — A small plane en route to a college football playoff game crashed into a post office parking lot in Louisiana shortly after takeoff Saturday, killing five people, including a well-known sports reporter who was the daughter-in-law of one of the team’s coaches.

The two-engine Piper Cheyenne crashed in the city of Lafayette about a mile from the regional airport where the flight began, Federal Aviation Administration spokesman Tony Molinaro said. Investigators from the FAA and the National Transportation Safety Board were investigating, according to Molinaro and an NTSB statement on Twitter.

The plane was an eight-passenger aircraft, said Lafayette Fire Chief Robert Benoit. Six people were on board the plane, five of whom were killed, he said. The sixth, a 37-year-old man, was being treated at an area hospital along with two people who were in the post office.

A person who was either in or near a car on the ground was also “impacted” by the crash and was being treated for injuries, Benoit said. He did not elaborate. A blackened car sat in the post office parking lot, which was carpeted with scattered tree limbs.

Kevin Jackson and other eyewitnesses told KLFY-TV that the plane hit a car as it fell, and that someone could be heard screaming inside the vehicle. 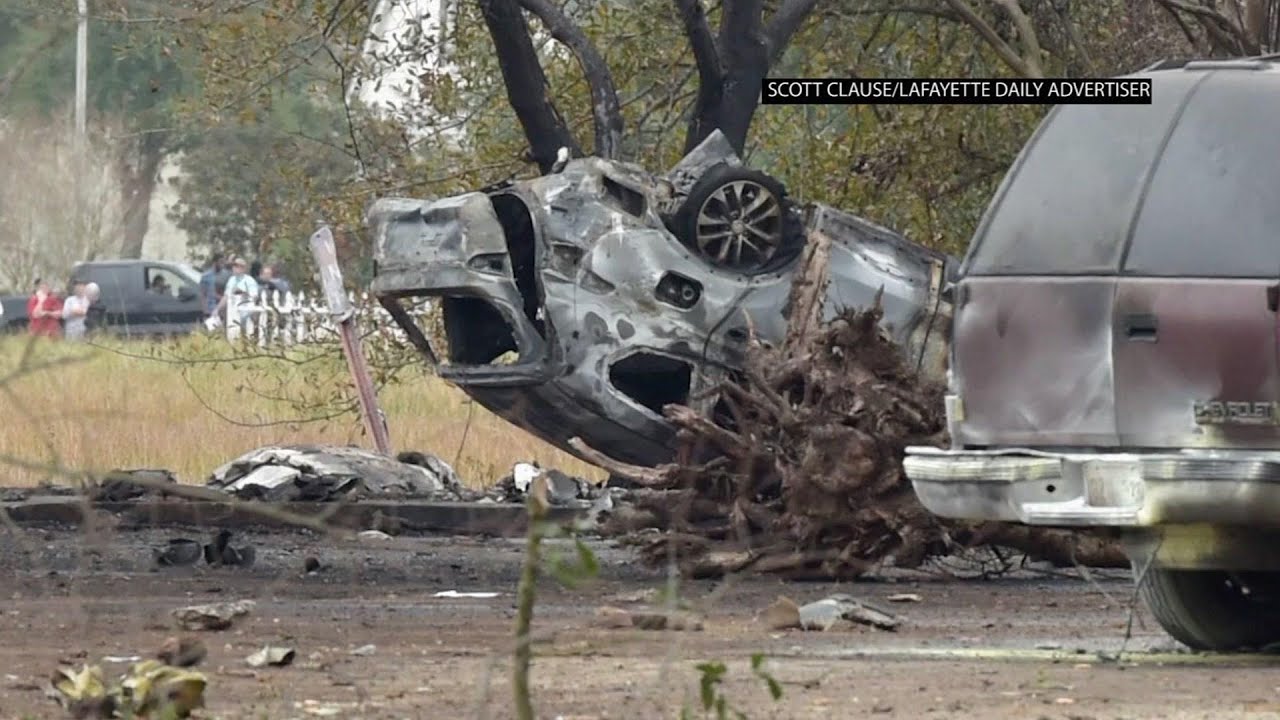 Steven Ensminger Jr., son of the offensive coordinator for the Louisiana State University football team, said his wife, Carley McCord, was on board the flight and died when it crashed. He said the plane was en route to the Peach Bowl playoff game in Atlanta between LSU and Oklahoma.

“I just don’t feel like this is real,” Ensminger Jr. told the AP in an Instagram message.

Ensminger Jr. said he was unable to go to the game and was at work when the crash happened. He said his father, Steven Ensminger, called him just before the elder Ensminger got to the stadium. The coach had tears in his eyes when he appeared on the field at the start of the game Saturday afternoon, and LSU players embraced him with hugs.

The plane went down in a part of the city with a scattering of banks, fast food chains and other businesses. A trail of scorched and burning grass could be seen around the crash site.

Marty Brady, 22, said the lights went out at his apartment a couple of hundred yards (183 meters) or so away from where the plane crashed just as he was making his morning coffee.

Brady said he ran out and saw black smoke and flames from the post office parking lot. He said the plane clipped and knocked down a power line over the gate to his apartment complex.

“If it had been a little lower, it could have been a lot worse,” he said.

McCord was a Baton Rouge native and sports reporter for WDSU-TV in New Orleans and appeared as a sideline reporter for ESPN, according to her website. She previously worked in television in Cleveland, and she was a two-time runner-up in the Miss Louisiana pageant.

“We are devastated by the loss of such an amazing talent and valued member of our WDSU family,” said WDSU President and General Manager, Joel Vilmenay. “Carley’s passion for sports journalism and her deep knowledge of Louisiana sports, from high school to the professional ranks, made her an exceptional journalist. ”

McCord was also part of the game-day entertainment staff for the NFL’s New Orleans Saints and the NBA’s New Orleans Pelicans, regularly appearing in promotional segments broadcast during games.

“Carley was a valued member of both our New Orleans Saints and New Orleans Pelicans family as an in-game host and her infectious personality and knowledge of both teams entertained our fans,” the two teams said.

Ensminger Jr. said he and his wife had the same birthday, and he shared a photo of the two celebrating at a restaurant, a dessert with a candle between them. His Instagram account shows photos of the couple and their families at various sporting events and celebrations. He updated the account Saturday to say: “I’ll never be the same with out you, Carley! You are, and will forever be my world.”

McCord is the second journalist working in the New Orleans area to die in a plane crash this year. On August 16, WVUE news anchor Nancy Parker was doing a story in New Orleans about stunt pilot Franklin Augustus when the plane crashed. Both Parker and Augustus died.

Lafayette is the fourth-largest city in Louisiana with a population of about 130,000, according to the 2018 census. It is located about 135 miles west of New Orleans.