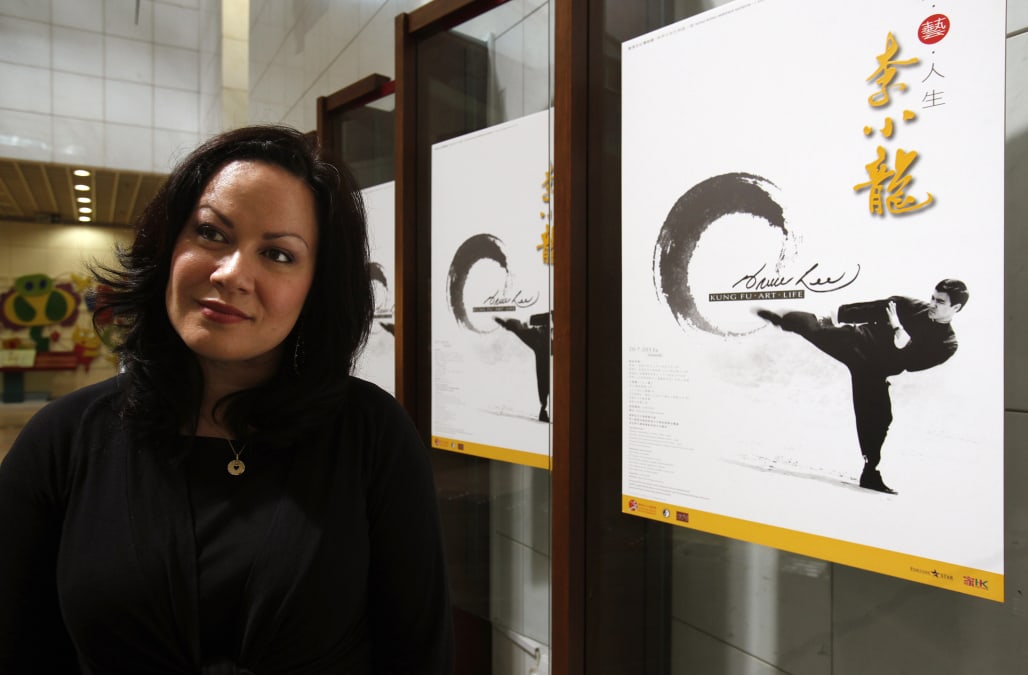 Bruce Lee’s daughter is serving one karate chop of a lawsuit.

Shannon Lee of Bruce Lee Enterprises, which handles the licensing and merchandising of the martial arts master’s image, claims the China restaurant chain Real Kungfu has used a depiction of her father as its logo for 15 years without permission nor has paid for its usage, reported Yahoo! on Friday.

Real Kungfu, which was founded in 1990, states that it has used a depiction of Lee sporting a yellow tracksuit from the 1972 film “Game of Death” in its logo since 2004.

The Guangzhou-based company, which own more than 600 restaurants, claims the image was authorized by Chinese officials.

“The Real Kungfu chain’s logo is one that the company had applied for and obtained after a rigorous screening by the national trademark agency,” read a company statement. “We have already been using this for 15 years.”

Bruce Lee Enterprises is ordering that Real Kungfu immediately remove the image and pay the hefty sum of approximately $30 million.

Earlier this year, Shannon Lee slammed filmmaker Quentin Tarantino for his depiction of her dad in “Once Upon a Time in Hollywood.”

A scene featuring Bruce Lee — played by Mike Moh — fighting Brad Pitt’s stuntman character, drew criticism from those who knew him best, including his “Game of Death” co-star Kareem Abdul-Jabbar.

“I understand they want to make the Brad Pitt character this super badass who could beat up Bruce Lee,” his daughter told The Wrap in July. “But they didn’t need to treat him in the way that white Hollywood did when he was alive.”

More from New York Daily News:
A look-ahead to 2020 in the Sports World: Filip Bondy dusts off his crystal ball
SEE IT: Cop assaulted on Brooklyn street as partner stands by and asks suspect to stop
Two men found dead in Harlem, one decomposed, in separate incidents