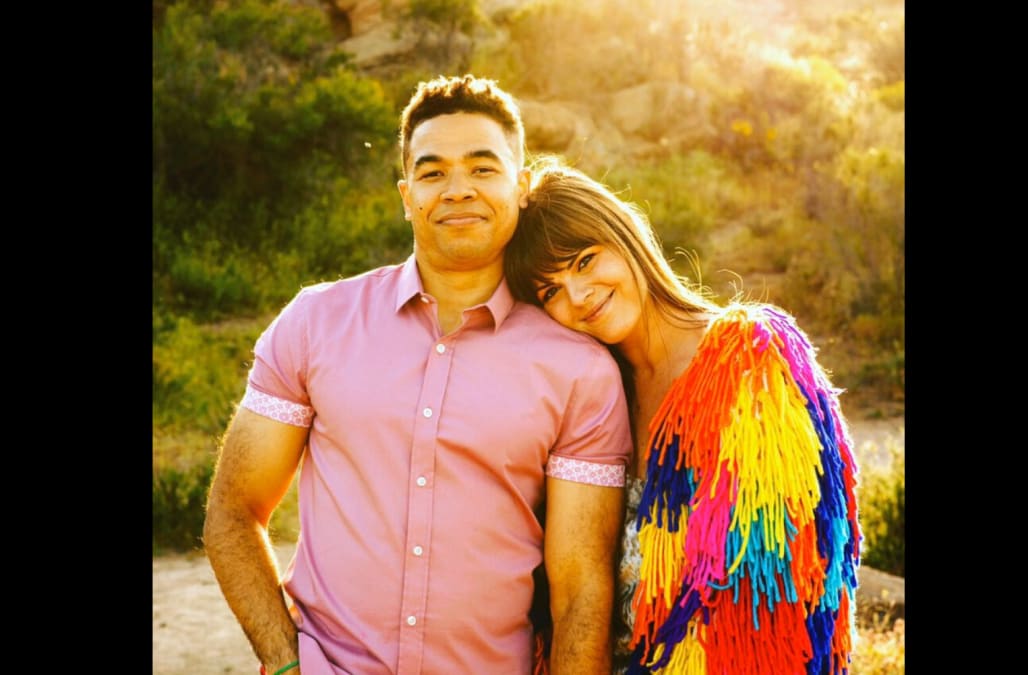 Edward Aschoff’s fiancée shared a touching thread on his Twitter page on Thursday night, just days after the ESPN college football reporter suddenly died due to a lengthy battle with pneumonia.

(1/12) Hi everyone, this is Katy Berteau, Edward’s fiancé. I want to say thank you to everyone who has expressed their sympathies, condolences, and prayers for me and his family and friends. pic.twitter.com/XbDyUYHWQv

(3/12) I couldn’t be more proud that the one thing people are talking about most was his ability to lift them up with his energy, light, and that all-encompassing smile. pic.twitter.com/2RmzXcHs4C

Aschoff started working for ESPN in 2011 as an SEC reporter out of Atlanta, and moved to Los Angeles in 2017 for a larger role with the network. He died on Tuesday after a nearly month-long battle with pneumonia. It was his 34th birthday.

Berteau then went into detail about Aschoff’s battle with pneumonia.

According to Berteau, Aschoff was first admitted to the hospital one week after their first visit to the emergency room when diagnosed with multifocal pneumonia. They returned after initial treatments failed and his symptoms continued. After several tests, they started treatment for hemophagocytic lymphohistiocytosis (HLH), an intense immune disease. Aschoff then died three days after he was moved into intensive care.

Berteau said they are working on setting up a small memorial service in Oxford, Mississippi — where he grew up — and a larger service in Atlanta in the near future.

(8/12) He also loved Christmas so much that, even from the ICU, he was coordinating with my friend about wrapping my presents so I could be surprised. pic.twitter.com/37cp6yYC9F

“I want to share the brightness that he showed, even up until the last day he was awake,” she wrote. “He kept the doctors and nurses constantly laughing, and always made a point to thank them and tell them what a great job they were doing.

“He also loved Christmas so much that, even from the ICU, he was coordinating with my friend about wrapping my presents so I could be surprised.

“He loved people with his entire being.”

(8/12) He also loved Christmas so much that, even from the ICU, he was coordinating with my friend about wrapping my presents so I could be surprised. pic.twitter.com/37cp6yYC9F