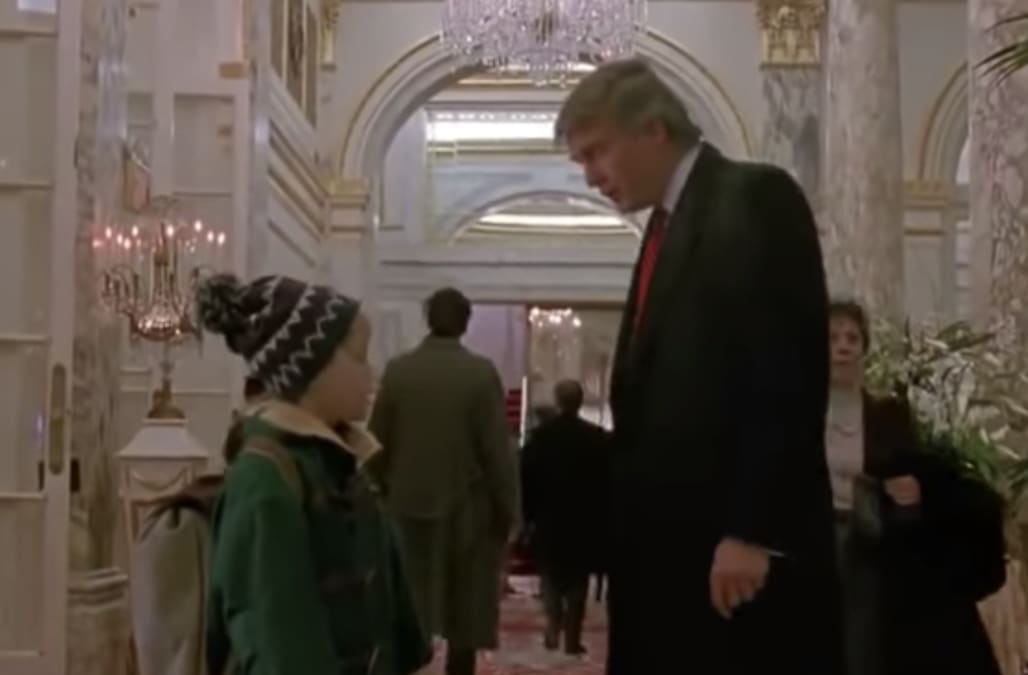 President Trump's cameo scene in the holiday classic "Home Alone 2: Lost In New York" was reportedly cut from broadcasts of the film in Canada this month.

The Canadian Broadcasting Corporation (CBC) said that the movie was edited to allow for commercials and not for political reasons, according to ComicBook.com, which was first to report the apparent adjustment.

"As is often the case with features adapted for television, 'Home Alone 2' was edited to allow for commercial time within the format," CBC told the outlet.

Some people on social media praised the network for the edit, while others have railed against CBC for "censorship."

Just watched Home Alone 2: Lost in New York recorded off @CBC and they edited out the @realDonaldTrump scene. God bless us EVERYONE! #ChristmasEve

The edit doesn't seem to be new, however. One person on Twitter pointed out that the broadcast on CBC was Trump-free back in 2015.

Earlier this week, while speaking to military service members in a teleconference, Trump talked about his cameo in the 1992 film, saying "a lot of people mention it every year, especially around Christmas."

"They say 'I just saw you.' Especially young kids, they say, 'I just saw you in the movie.' They don't see me on television as they do in the movie," Trump told service members. "But it's been a good movie and I was a little bit younger, to put it mildly, and it was an honor to do it."

Trump: “Well, I’m in Home Alone 2 ... I was little bit younger ... It’s a big Christmas hit, one of the biggest. It’s an honor to be involved in something like that” pic.twitter.com/MqlNmRJ7QQ

The president added that the movie went on to become "one of the biggest" Christmas hits.

"So it's an honor to be involved in something like that. You always like to see success," he said.