Marshawn Lynch had been training just in case Seahawks needed him 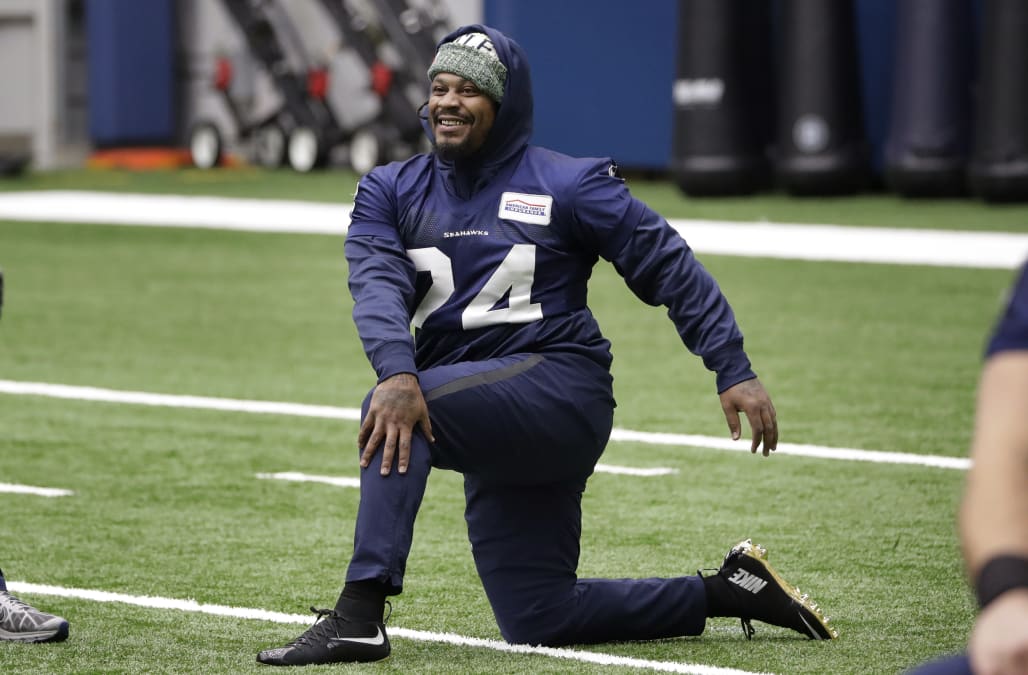 No matter how it turns out Sunday night, the Marshawn Lynch story is fantastic. A legend with the Seattle Seahawks is returning for one final (?) run with his former team, in an NFC West championship game against the San Francisco 49ers.

The most unusual part of the story is that Lynch knew the Seahawks would ask him to come back, well before the team did.

Lynch visited the Seahawks facility a couple weeks ago and then started working out, figuring that maybe his old team would need him.

NFL Media’s Tom Pelissero detailed Lynch’s workouts with his coach, Tareq Azim, in San Francisco. He had 16 sessions over eight days. That came after Lynch visited the Seahawks — he was said to be catching up with old teammates — and he sensed the team might need him.

A lot of the workouts seemed to be Azim beating the stuffing out of Lynch with boxing gloves or power bags. Pelissero said it was to get Lynch ready for the physical aspect of playing in the NFL again.

“The one thing I can tell you is you can be 100 percent certain that he's well aware of what his body can and can't do,” Azim told Pelissero. “He's made a choice to contribute to a team and a city that's given him a lot.”

Lynch signing with the Seahawks perhaps wasn’t as unexpected to him as it was to nearly everyone else. And maybe he is in good enough shape to give the Seahawks more than just a token few carries.

Lynch making a nice salary for one week

Lynch visited the Seahawks facility after Rashaad Penny tore his ACL, and the team didn’t make a big deal about it even though Pelissero pointed out that it had to be reported to the league office because Lynch is a free agent. But that clearly put the wheels in motion.

Lynch coming out of what appeared to be his second retirement will be worth his time. He will make $60,588 in salary this week and a playoff share, according to NFL Network’s Ian Rapoport. The Seahawks have already clinched a playoff spot.

This story seems too good to be true. And it might get even better on Sunday night.

Related: Marshawn Lynch through the years

More from Yahoo Sports:
Matthew Stafford and wife Kelly pay surprise Christmas visit to brothers who lost their dad
Will Julian Edelman, Patriots be punished for faking a head injury against the Bills?
It's official: The Seahawks are bringing back Marshawn Lynch