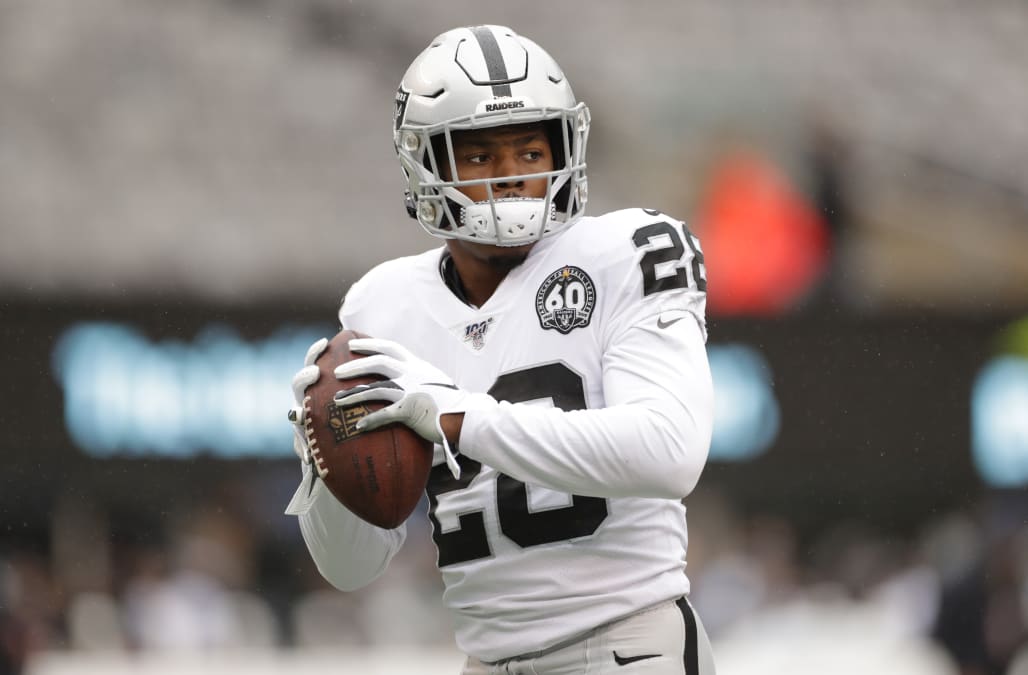 Oakland Raiders running back Josh Jacobs is hurting. The 21-year-old has looked like a superstar despite dealing with a fractured shoulder. Jacobs has tried to tough it out, but has missed two of the past three games with the injury.

So when Jacobs posted a video announcing he had surgery, it was easy for Raiders fans to assume Jacobs was finally able to address his shoulder issue. That doesn’t appear to be the case.

In a video on his Instagram page, Jacobs revealed he had unexpected surgery over the holiday. Based on the video it looks like Jacobs had a procedure on his shin or lower leg.

The clip starts with Jacobs sitting in a hospital bed. The caption reads, “Surgery went great fastest surgery ever.” The camera then turns to Jacobs’ left leg, which appears to be covered in a bandage. The caption now reads, “This was random I didn’t plan on even being here.”

And that’s all anyone knows about the issue. The Raiders haven’t revealed what happened with Jacobs. The running back hasn’t offered up any additional information about the surgery.

While it’s unclear whether Jacobs will play in Week 17, the Raiders might be best served by sitting the rookie. Between the shoulder issue and the surgery, Jacobs has dealt with a lot in his rookie season.

At 7-8, the Raiders still have a shot at the playoffs, but the team needs a lot of help to get there. The Raiders would have to defeat the Denver Broncos in the regular-season finale, and then get help from four other teams to get in.

Even if Jacobs misses another game, his rookie season has to be considered a major success. After being part of a committee at Alabama, Jacobs has looked special as a full-time runner.

Through 13 games, Jacobs has rushed for 1,150 yards and 7 touchdowns. He looks like a future star as long as he can stay healthy.

More from Yahoo Sports:
Marshawn Lynch had been training just in case Seahawks needed him
Matthew Stafford and wife Kelly pay surprise Christmas visit to brothers who lost their dad
Will Julian Edelman, Patriots be punished for faking a head injury against the Bills?