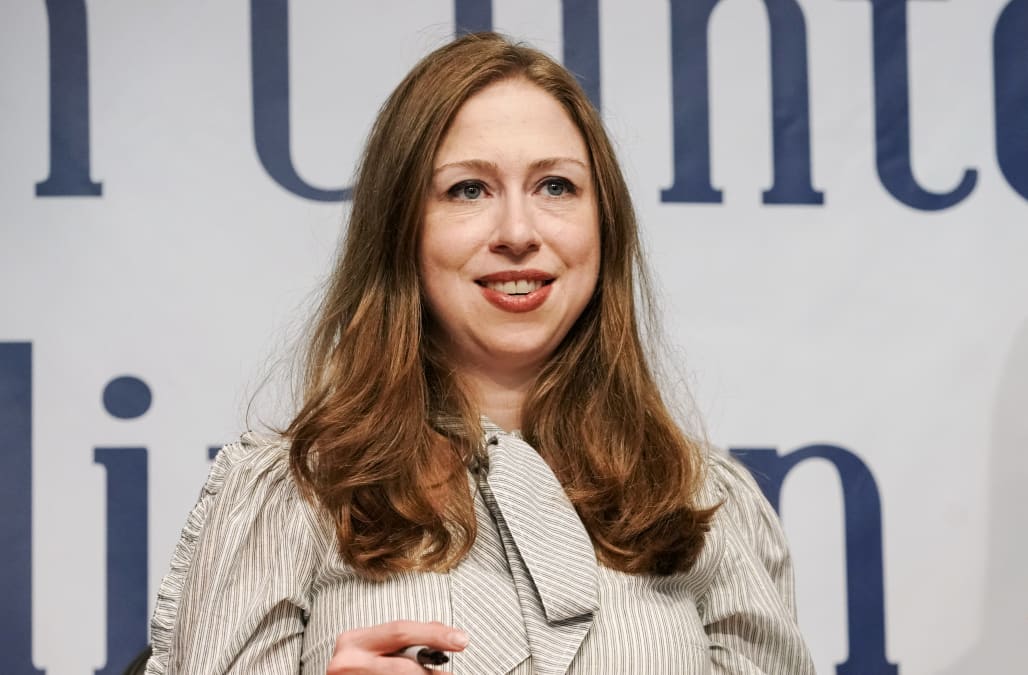 Chelsea Clinton on Thursday responded to a Republican congressman who on Christmas Eve tweeted out old footage of her mother Hillary Clinton nearly getting struck in the head by a falling television light.

"Remember the reason for the season!" Rep. Paul Gosar of Arizona tweeted along with the four-second clip in which Clinton shouts "Jesus, Mary and Joseph!" before her husband, then-presidential candidate Bill Clinton, pulls her to safety.

Remember the reason for the season! #MerryChristmaspic.twitter.com/WpHWWHJGK5

The scare happened while the pair were doing an interview with CBS' "60 Minutes" in 1992.

Chelsea Clinton waited until the day after Christmas to respond, and noted she'd spent Tuesday in a more traditional Christmas way than Gosar.

"At 11 am Christmas Eve, we were making cookies for Santa. Thank you Congressman @Rep Gosar for reminding me of my dad's quick reflexes!" she tweeted.

Gosar is best known for winning re-election in 2018 despite six of his siblings endorsing his Democratic challenger in a campaign ad.

"He's not listening to you. He doesn't have your interests at heart," brother Tim Gosar said in the advertisement.

Gosar fired back at his siblings for using "family political differences to launch attacks on me rather than focusing on the issues." He won re-election with almost 70 percent of the vote.