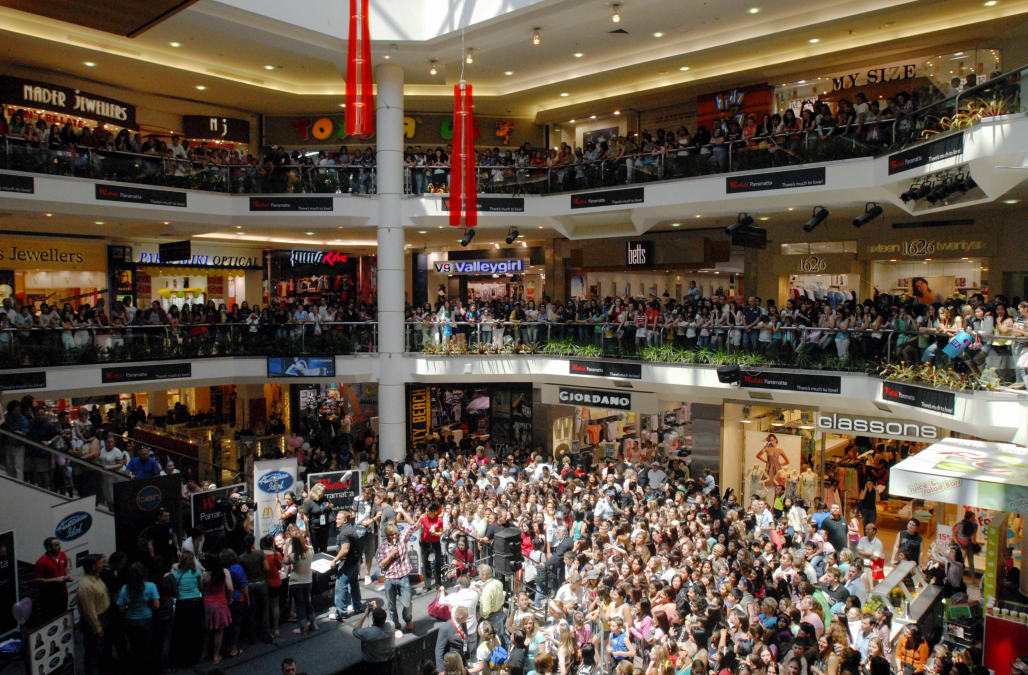 A dozen people were injured, five of them hospitalized, after a holiday giveaway descended into chaos and triggered a small stampede inside a Sydney mall.

A huge crowd of people eager for a chance to snag a prize gathered at the center of the Westfield Parramatta around midnight on Christmas Eve for an event called the “ultimate mega balloon drop.”

“They were at that location to grab balloons as they were released and apparently the balloons had small gifts inside,” a New South Wales Police spokesman told the Guardian.

Inspector Phil Templeman said an over-zealousness among participants “caused a stampede of people to hustle for the prizes."

Paramedics treated 12 shoppers on the scene and five people were taken to the hospital. Three of those victims had more serious injuries, “including traumatic chest injuries, neck and back pain as well as nausea and dizziness,” authorities said.

Videos shared online show the chaos unfold from multiple angles. Scores of people can be seen falling to the ground while others lurch back and forth in a bid to keep their balance. The clips also see people on the outskirts of the crowd topple into a nearby holiday display as the balloons – some with as little as $5 vouchers inside – fall from the sky, Nine New Melbourne reported.

“It definitely could have been potentially critical for a small child who was trampled by a number of adults,” Templeman said, noting it was fortunate that was not the case and that no one was more seriously injured.

The Scentre Group, which owns the shopping center, said its staff acted quickly to contain the balloon drop, which had been advertised as part of a 33-hour shopping marathon.

“Our team are continuing to speak with affected customers directly,” a spokesperson said in a statement.

“We will continue to look into the circumstances surrounding last night’s incident.”

More from New York Daily News:
Family rescued on Colorado’s Rocky Mountains after being stranded for 24 hours
Steamboat geyser in Yellowstone National Park has most explosive year ever
‘The Getaway’ and ‘The Thing’ producer David Foster dead at 90