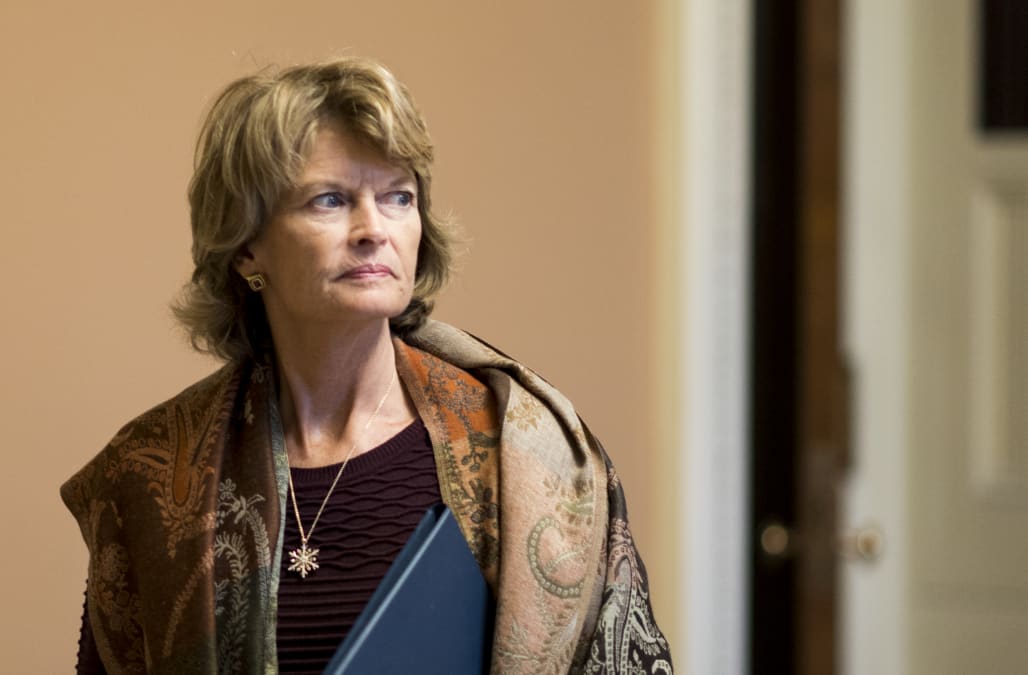 ANCHORAGE, Alaska (AP) — U.S. Sen. Lisa Murkowski, a Republican from Alaska, said she was disturbed to hear Senate Majority Leader Mitch McConnell say there would be "total coordination" between the White House and the Senate over the upcoming presidential impeachment trial.

“And in fairness, when I heard that I was disturbed,” Murkowski told KTUU Tuesday before saying there should be distance between the White House and the Senate in how the trial is conducted.

“To me it means that we have to take that step back from being hand in glove with the defense, and so I heard what leader McConnell had said, I happened to think that that has further confused the process.”

In a recent interview with Fox News' Sean Hannity, McConnell, a Kentucky Republican, described his planning with the White House.

"We'll be working through this process, hopefully in a fairly short period of time in total coordination with the White House counsel's office and the people who are representing the president as well as the Senate," McConnell said.

Murkowski was critical of the impeachment process conducted in the House of Representatives, describing it as rushed.

Murkowski says the Senate is now being asked to cure deficiencies in evidence to be presented at the trial, particularly when it comes to whether key witnesses should be brought forward to testify, including White House Chief of Staff Mick Mulvaney and former national security adviser John Bolton.

“How we will deal with witnesses remains to be seen,” Murkowski said before saying the House should have gone to the courts if witnesses refused to appear before Congress.

Murkowski also spoke of her desire for a “full and fair process,” potentially using the impeachment hearings of President Clinton as a template.

Murkowski remained undecided about how she would vote when the trial takes place. “For me to prejudge and say there’s nothing there or on the other hand, he should be impeached yesterday, that’s wrong, in my view, that’s wrong."