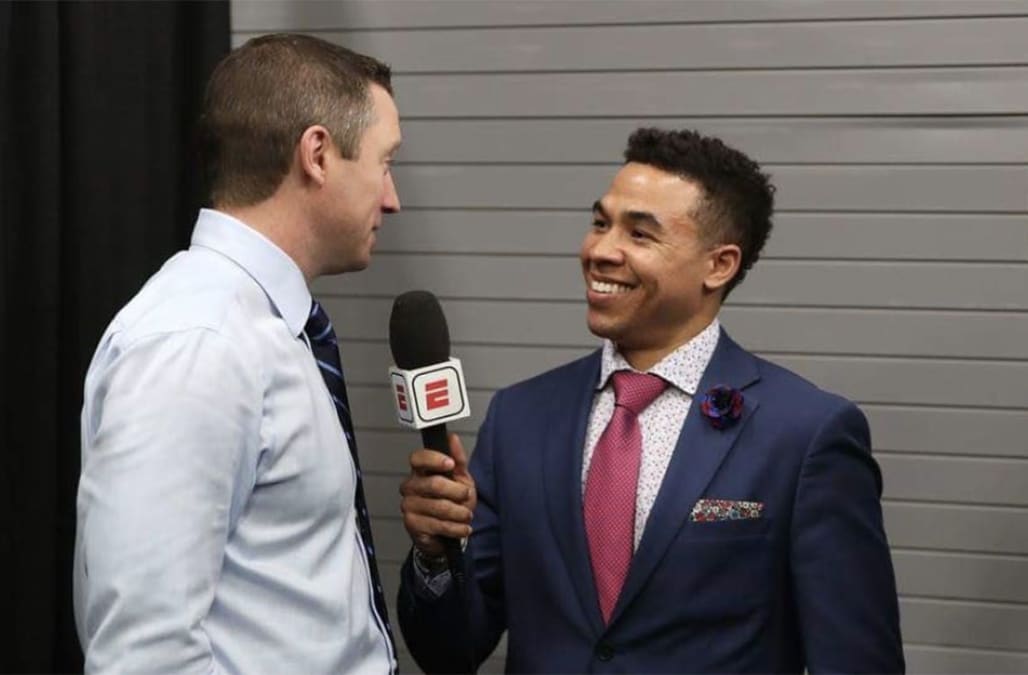 ESPN reporter Edward Aschoff died Tuesday on his 34th birthday, just months before he was to be married. He had recently contracted pneumonia, according to his social media posts.

The sports network said Aschoff died after “a brief illness,” and called the reporter’s death “devastating” in a statement.

Aschoff, who covered college football on television and for ESPN’s website, began working for the network in 2011.

In 2016, he and fellow ESPN reporter Adam Rittenberg won a Football Writers Association of America contest for an enterprise story about racial tension in college football, the sports network noted in its obituary.

Rittenberg mourned Aschoff on Twitter, calling him “a great colleague and an even better friend. All of us are devastated and heartbroken. Just isn’t fair. I love you, Ed, and will miss you.”

Ed Aschoff is one of the best people I know. Talented, kind, fun, gracious and always positive. A great colleague and an even better friend. All of us are devastated and heartbroken. Just isn’t fair. I love you, Ed, and will miss you. Prayers to Katy and Ed’s family. https://t.co/jJQBE441Fv

Covering #TheGame was a lot of fun. Getting pneumonia ... not so much. But, hey, I’m a hockey player. . . . . . #Buckeyes #goblue〽️ #BigHouse @ohiostatefb @umichfootball

“Ed was one of the smartest, brightest reporters I’ve ever had the pleasure of working with,” ESPN executive editor Lauren Reynolds said in the network’s obit. “Watching him grow from our co-SEC reporter with Chris Low to a multi-platform national reporter was a treat. For as good of a reporter Ed was, he was an even better person.”

Aschoff grew up in Oxford, Mississippi, graduated from the University of Florida and wrote for the Gainesville Sun before joining ESPN.

Aschoff and his fiancee, Katy Berteau, had their wedding planned for April in New Orleans, USA Today reported.

On Dec. 5 Aschoff tweeted about having pneumonia and added later that he had been battling a virus for a few weeks.

Anyone ever had multifocal (bilateral) pneumonia in their early 30s as some who never gets sick and has a very good immune system? Asking for two friends ... my lungs.

“Doctors think it turned into this multifocal pneumonia recently,” he wrote in another tweet. “I’m on day 4 of antibiotics. Days are getting better but nights are basically fever and coughing and sweating.”